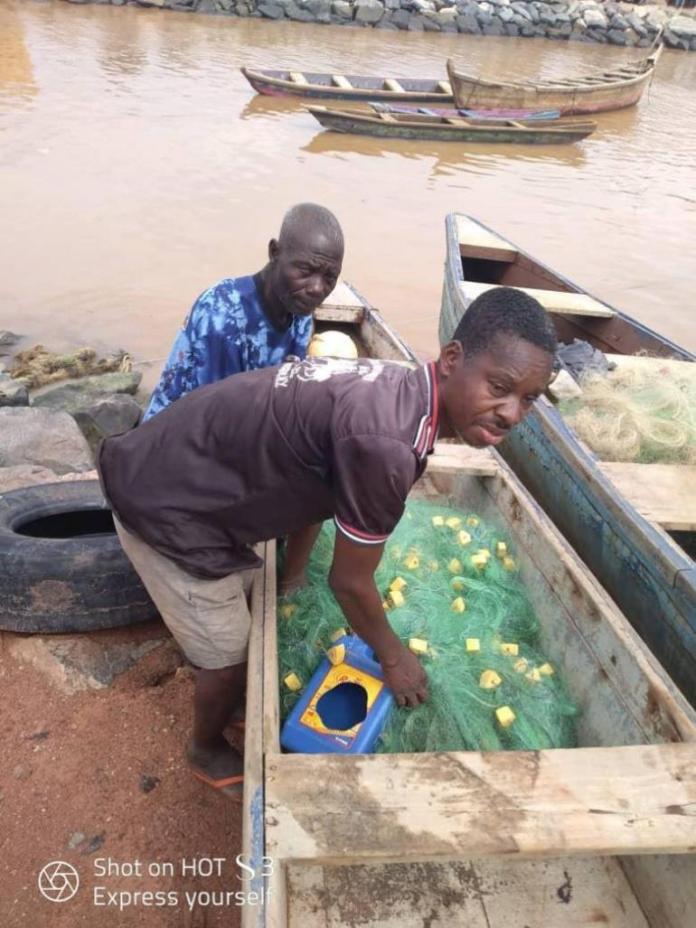 The Takoradi Habour Marine Police have arrested two fishermen from New Takoradi for flouting the closed-season ban which took effect on Wednesday 15th May 2019.

Confirming the arrest to Citi News, the Marine Police Commander, ACP Seidu Iddi said the community members arrested the two suspects and took them to the Chief Fishermen’s house before the police were brought in.

He said the two have been given self-recognizance bail.

Meanwhile, the Western Regional Fisheries Director, Godfrey Tsibu who is leading the enforcement of the fishing ban narrating the incident to Citi News said adequate fine would be given to the two to serve as deterrent.

“The ban is generally being respected because we have been to all the fishing communities on the coast of the Western and parts of Central Regions. It was only yesterday that we had information of some two fishermen breaching the closed-season. So the information came to the Habour Marine Police who went in to effect the arrest of the two, namely, Kweku Badu and Agya Kusi Amey”.

Mr. Tsibu said the punishment as prescribed by the Fisheries Act 625 of 2002, Section 84, for persons who breach the close-season is fine.

“The Police are investigating for prosecution and also seized their nets but what the law says about canoe fishermen in such breaches is that they would be fined with a penalty between GHC1,200 to GHc6,000. So we expect that the court would give such fine after the police investigation to serve as a deterrent”.

The Western Regional Fisheries Director also urged other fishing communities to be vigilant and emulate what residents of New Takoradi did by arresting breachers and handing them over to the police to help sustain and ensure that the benefits of the closed-season would be realised.