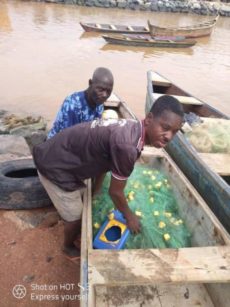 The Takoradi Habour Marine Police have arrested two fishermen from New Takoradi for flouting the closed-season ban which took effect on Wednesday 15th May 2019. Confirming the arrest to Citi News, the Marine Police Commander, ACP Seidu Iddi said the community members arrested the two suspects and took them to the Chief Fishermen’s house before the police […]