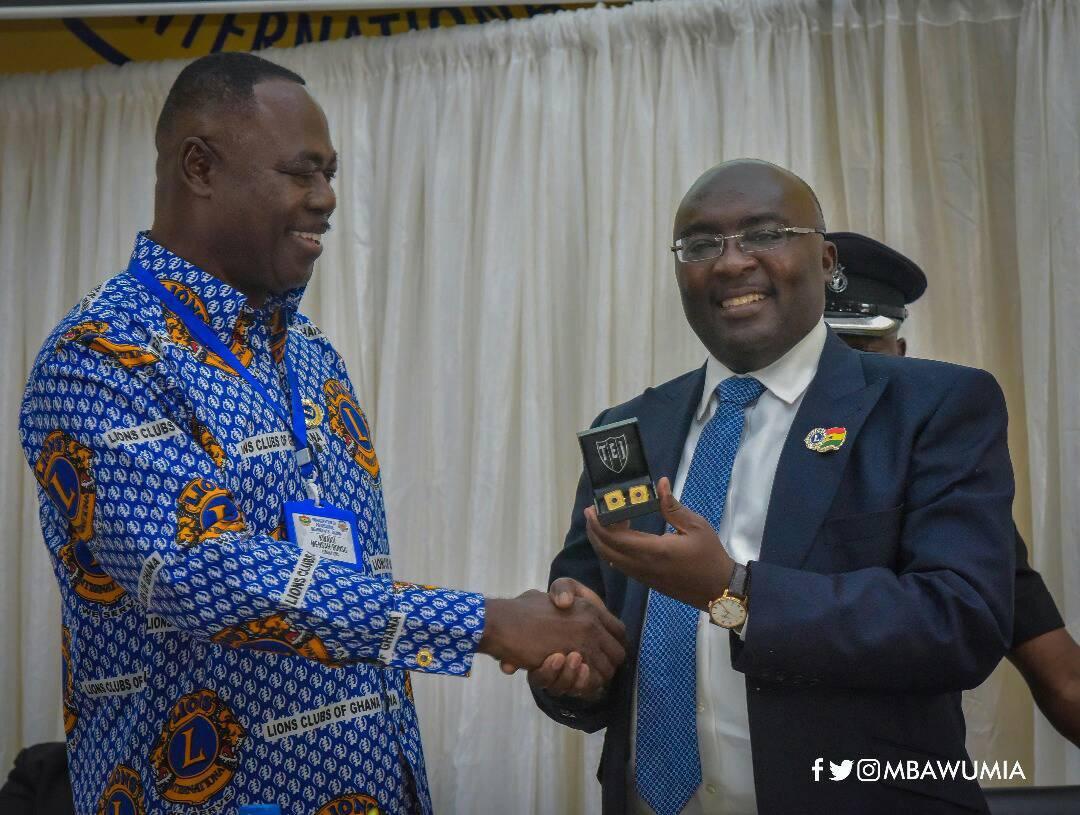 On Thursday, 2nd May, 2019, Vice President Bawumia witnessed the inauguration of an independent District of the International Association of Lion Clubs for Ghana, District 418, and the installation of the first District Governor for Ghana, Lion Dr.Kwaku Mensa-Bonsu, in Accra.

For over 100 years the Lions have demonstrated, by their engagements at the community level, their commitment to extending peace and love to those who most need it, and in his address, he commended the complementary role the Lions and Leos have played with Government in the provision of succour to the poor and underprivileged.

Dr. Bawumia also announced that H.E. Nana Addo Dankwa Akufo-Addo has directed that all persons afflicted by Leprosy should be placed on the Livelihood Empowerment Against Poverty (LEAP) programme to provide them with some relief as they battle the effects of the disease.

‘’Government appreciates the role played by such organisations as we seek to meet the needs of the ordinary Ghanaian, and we will continue to work with them in the foreseeable future’’ the Vice President said.

He also congratulated all Lions and Leos in the country for their achievements.