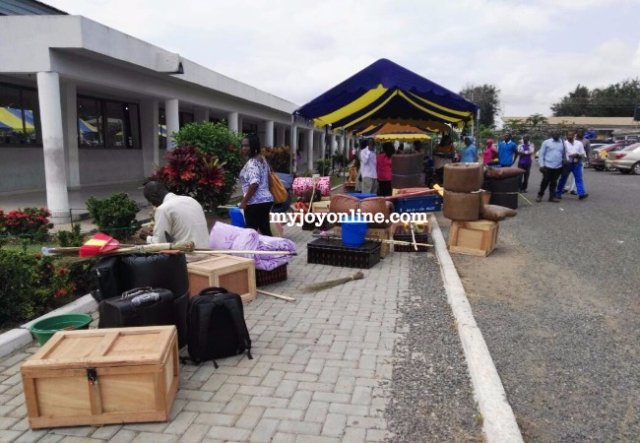 About half of the 280 Private Senior High schools in the country could be forced to shut down within the next few years due to the dwindling level of student enrollment in these schools, the Conference of Heads of Private Second Cycle Schools (CHOPPS) has warned.

CHOPPS has expressed concerns over the collapse of private schools since the inception of the Free SHS policy.

Though the government subsequently absorbed 15 private secondary schools to help meet the growing intake of students, CHOPPS has consistently called for more assistance from the government.

Speaking to Citi News on the level of engagement between CHOPPS and the government, the General Secretary of the schools, Joseph Dzamesi said all attempts to address the problem have failed.

“280 private schools are in the country. Within the next couple of years, we are estimating that about 50% of them will be out of business. Currently, about a third of them are on life support, barely surviving. And a number of them have completely collapsed.

“When you look at it in terms of the economics, they have estimated that both teaching and non-teaching staff, private senior high schools employ about 10,000 people across the country. Obviously, your guess is as good as mine. That means that when about half of them collapse over the next couple of years, about 5,000 jobs are gonna be lost in terms of the students. We provide access to about 70,000 children and now a bunch of the classrooms are empty. Students are struggling with the double track.”

CHOPPS had expressed its reservations with Government’s absorption of 15 private schools under the Free Senior High School Policy.

The General Secretary for CHOPPS, Joseph Dzamesi, said the 15 schools had given up because of low student intake and had essentially become government schools.

“…Absorbed, meaning these are headmasters who have given up. They don’t have students in their classrooms so they have given up control, facilities and everything to the government to run, ” he told Citi News.

Mr Dzamesi stressed that the private schools are looking for a partnership, not to cede control of their schools.

“They [absorbed schools] have become government schools just like Achimota Schools or some mission schools that have been given to the government to run. So that is not what we are talking about. We are asking for partnership and they have thrown that away completely.”

“We presented proposals to government and as far as I know, none of the proposals was taken,” he added.

The Education Minister has explained that any form of collaboration with private schools requires more time and engagement.

The Ghana Education Service has a committee that assesses the infrastructure level of the private schools and their human resources before any possible partnership or absorption can go ahead.

“The schools that come, they come with different levels of infrastructure needs. That is why the Ghana Education Service has a committee that goes to assess those schools that even come and knock on their doors to be absorbed,” Dr Opoku-Prempeh told the media on Monday.