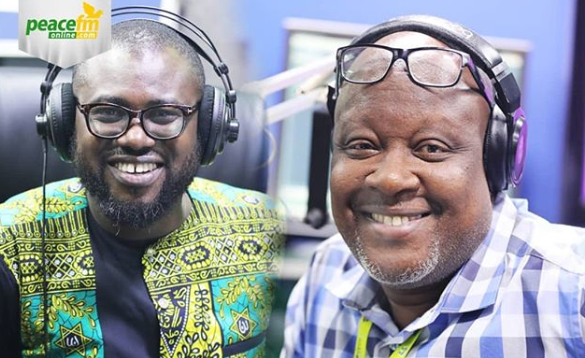 Seasoned radio presenters with Despite Media Group, Gilbert Aggrey, popularly known as Abeiku Santana and Kwami Sefa Kayi, also popularly known as Chairman General have been invited by the police in connection with the disturbances at the Vodafone Ghana Music Awards last Saturday night.

They duo have been invited because they happen to be at the scene of the commotion and would be able to help the police with information available to them, to help with ongoing investigations into the matter.

While Mr. Sefa Kayi was a co-host at the event, Mr. Aggrey on his part was called to present an award to Stonebwoy, one of the feuding factions in the matter.

The police are optimistic that statements from the two gentlemen would go a long way to speed up their investigations into the brawl which has become a very topical issue in the country.

Kwame Sefa Kayi who was the host for this year’s concert blamed both Shatta Wale and Stonebwoy for the mishap but apportioned more blamed Shatta Wale the more for causing the stir.

Both Stonebwoy and Shatta Wale according to the Police have been processed and ready to face a court.