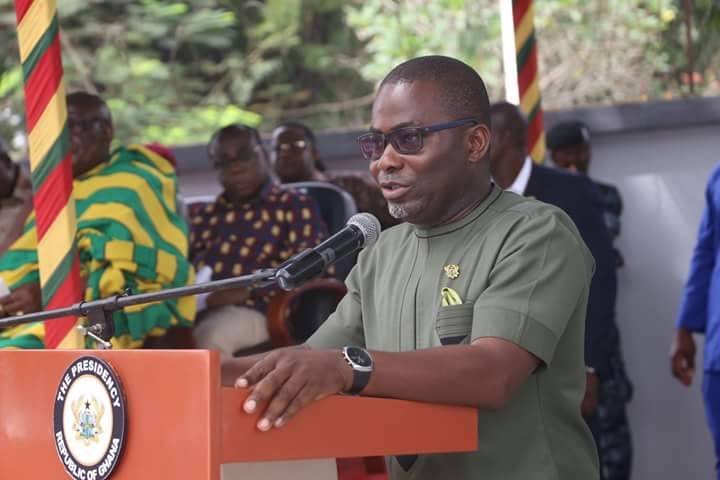 Secretary of the inter-ministerial committee on illegal mining Charles Bissue has indicated that the committee has been forced to run a shift system of day and night as a result of the enormous pressure that has been exerted on them as they begin the vetting of licenses of small scale miners in the country.

According to him, the miners are complying with the directive to submit their licenses for vetting and the pressure is what has compelled the committee to divide the vetting officials into three, who run the day and night shifts.

‘’The miners have started complying with the directive to bring their licenses for vetting. On the first day it was slow and we had around 50 or so people submitting theirs. When they realised that the move was not going to affect them negatively and that government had no ill motives for asking them to bring their licenses for vetting, they are now trouping to our offices in their numbers. As I speak to you, we have been forced to run three shifts, 6am to 2pm, 2pm to 10 pm and then we have the night shift’’ he told an Accra based local radio station and monitored by BestNewsGH.com

Mr. Bissue who is also a presidential staffer opined that as the committee begins the vetting of the documents submitted by the small scale miners, some problems have been uncovered including the fact that some of the miners lacked some documents that will qualify them to practise the trade.

‘’As we begin the vetting of the documents, we are discovering some problems. Some of the small scale miners do not have the full complement of the documentation. Some of them have the Environmental Protection Agency (EPA) permit but don’t have the Minerals Commission license among other anomalies and infractions’’ he observed.

The vetting exercise according to him is aimed at ensuring that only fully licensed small scale miners will be allowed to operate, adding that it is also to ensure that only designated mining sites are mined on.

He intimated that the exercise will also stamp out all acts of illegalities and corruption in the license acquisition process, while preventing the loss of government revenue.

‘’We often compare ourselves with the likes of Malaysia and Singapore. But we refuse to do things in accordance with best practise. We need to do things in a coordinated manner. These countries are where they are because they took deliberate measures and steps and enforced laws to the letter. So no one can take what belongs to government or the state and go scot free. But what do we see here? We politicise everything. What we should understand as a country is that there is no NDC mining and there is no NPP mining. Mining is mining and the resource belongs to the state, so we should remove the political cap and be nationalistic and Ghana will develop’’ he stressed.