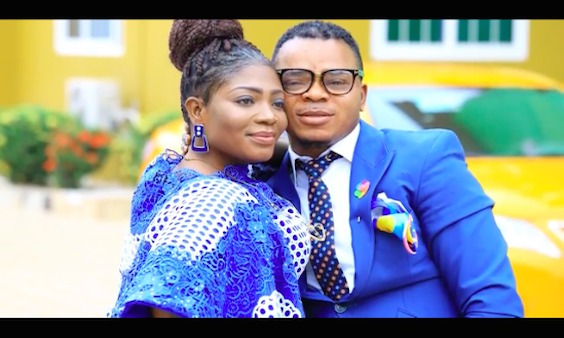 Controversial pastor and founder of God’s Way International Church, Bishop Daniel Obinim has advised married women to desist from ‘fighting’ their cheating husbands and accept the fact that cheating is part of God’s plan for man.

Noted for his controversial sermons and affluent lifestyle, Bishop Obinim while preaching to his congregants at the Accra branch of his church openly declared his support for adultery, urging the women to learn to live with it.

Bishop Obinim has been classified by sections of the Ghanaian populace as a fake due to the weird miracles he performs in his church and was recently among pastors described by powerful and revered General overseer of the Royalhouse Chapel International, Sam Korankye Ankrah as a fake pastor.

This is because Bishop Obinim fit into the description given by the Apostle General as Rev. Sam Korankye Ankrah is popularly known in Christendom when he said ‘’ Fake pastors bleach their faces’’.

He trended not long ago for his miraculous sticker which according to his church members did wonders for them anytime they paste it somewhere or use it in any other form based on the exigency of the need and time.

He was trolled on social media for several wee when the Obinim Sticker came out.

According to Bishop Obinim who recently faced off with another pastor, Obofour on whose Rolls Royce was chick said if one’s husband cheats and gives birth, the wife shouldn’t be angry because it is the handiwork of God, explaining that it is God who gives babies and not by the act.

He stated that many married couples have always accused one party of cheating and bearing children outside their marriage but in his assertion, it should be the other way round, boldly saying the couple should rather be thankful to God since it’s his handiwork.