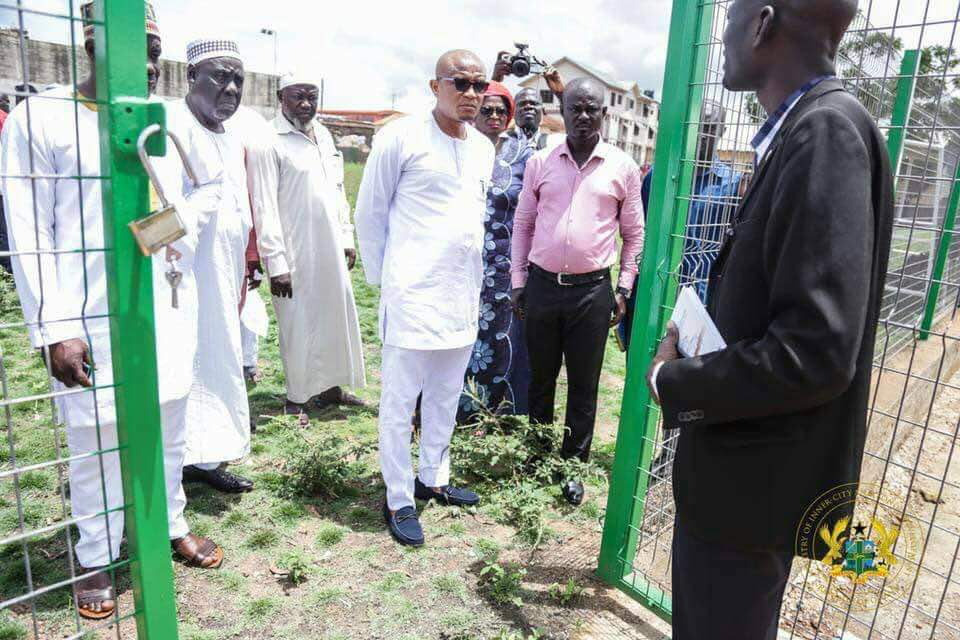 Minister for Inner City and Zongo Development, Dr. Mustapha Abdul-Hamid has ordered a contractor who executed the state-of-art Green Park Project at Old Tafo in the Ashanti Region to reconstruct the pitch at his own cost.

The Minister who gave the order when he inspected the facility, expressed disappointment at the shoddy nature and poor quality of the job saying government will not back down on its quest to ensure value for money, particularly in government contracts.

Dr. Abdul-Hamid disclosed that during a monitoring exercise over a month ago, officials of the Ministry had cautioned the contractor about the nature of the filling.

He expressed disappointment at the poor nature of the soil used to fill the park as it contained sharp objects like broken bottles.

The Minister further stated that he will ensure value for money for all projects undertaken by the Ministry.