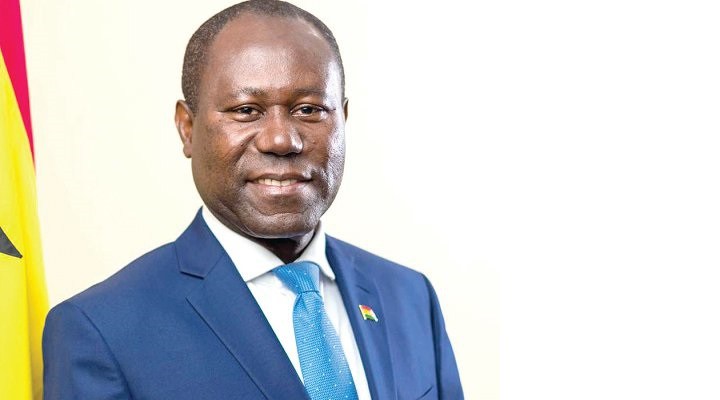 The Chief Executive Officer of Cocobod, Mr. Joseph Boahen Aidoo has extolled the members and leadership of the Ghana Cocoa, coffee and sheanut farmers association to consider the trade as serious business that should yield profit for them.

According Mr. Aidoo, it is the commitment of the current government under the leadership of president Nana Addo Dankwa Akufo-Addo to make farming attractive, lucrative and profitable in order to ensure that farmers make profit and enjoy the ‘fruits’ of their labour.

The Cocobod Chief Executive Officer who was interacting with members of the Ghana Cocoa, Coffee and Shea nut Association said government will continue to introduce policies and initiatives that will aid them to operate in an effective and efficient manner that will culminate in higher yields and increased profits.

According to him, it is in this spirit that government has deliberately decided to maintain the price of cocoa beans as pertains on the world market, adding that if a price reduction is effected in the country, it will become a de-motivating factor and discourage farmers from giving off their best.

‘’Now a lot of the farmers are giving away their farmlands for illegal mining or galamsey because they feel that they are not making enough money from their farms anymore. We have people involved in this practise who have money and flaunt it at the farmers and most of them are falling for it. This is a sad situation that must be discouraged and we are taking concrete steps to ensure this doesn’t continue’’ he opined.

Cocobod under the current Chief Executive Officer has made giant strides in an effort to improve the sector through the introduction of several initiatives aimed at motivating farmers.

Most of the initiatives introduced including the supply of fertilisers, pesticides and seedlings are aimed at boosting productivity.

Other productivity boosting measures introduced by the current Chief Executive Officer include the mass spraying and mass pruning exercises across the country.

Mr. Boahen Aidoo has been worried that cocoa farmers in the various regions are beginning to convert their farms into the cultivation of coffee, cashew and in the Ashanti region in particular, cocoa farms have been turned into galamsey sites, a situation that threatens the cocoa sector.