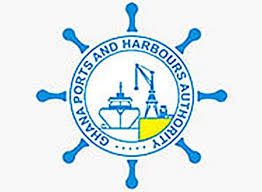 Though the Port Authority’s believes the introduction of the first port duty rule will be a good idea to check diversion of transit cargos, it however want customs which is leading the process to involve all stakeholders who matter in the in the rolling out of the policy very well.

“The first port duty rule is coming, customs is leading the process, they have not involved all the stakeholders very well, it’s a good idea but there are so much implications that we think all stakeholders must sit and digest issues to ensure that if we move on with it, the total benefit will outweigh the disadvantages” general Manager of Ghana Ports and Harbour Authority incharge of Marketing, Esther Gyebi Donkor told BestnewsGH.Com’s  maritime correspondent Sir Coffie at a recent maritime seminar held for journalists in Accra.

The vice president, Dr Mahamadu Bawumia earlier this year announced that the government was working towards introducing the first port duty rule by the end of the year.

Under the First Port Duty Rule, Customs officials of the landlocked nations will be at Ghana’s ports, and the importer will be directed to the appropriate country desk to pay if it is actually a transit good.

It will also provide an avenue for the duty of goods destined for Burkina Faso, Mali and Niger to be paid in Ghana as a way of curbing smuggling.

The rule will also serve as a check on the dumping of goods destined for neighbouring countries in Ghana.

However, the Port Authority’s had questioned the rationale behind the introduction of the new policy because according to the GPHA, there is already a system in place to deal with smuggling of diverted transit goods.

“In the past we had anticipated these diversions so a number of systems were put in place to deal with it. One of such measures was for the state insurance Company (SIC) to insure transitors and the money received by customs in the event that goods are diverted and duties not paid” Esther Gyebi Donkor had said.

She also bemoaned the issue of lack of inadequate space at the ports and appealed to the government to address it before rolling out the first port duty rule.