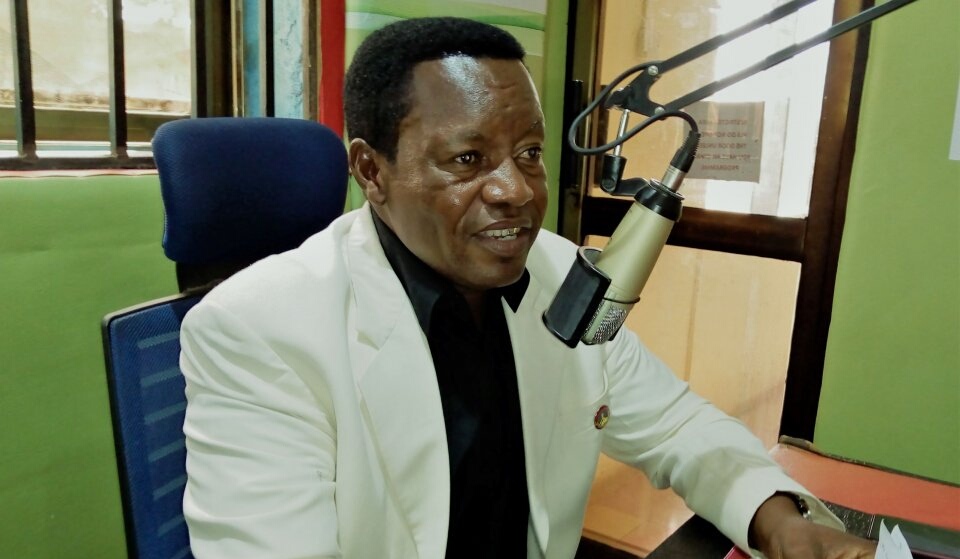 The Ghana Education Service has with immediate effect, suspended the Upper West Regional Director of Education over allegations of corruption.

Mr. Duncan Nsor has been accused of auctioning a truck belonging to the Wa School for the Death which was under his care, without informing the school authorities and the Director General of the Ghana Education Service.

The interdiction letter dated February 12, 2020 and signed by the Director General of the Ghana Education Service also accused Mr. Nsor of collecting various sums of monies from some staff of the Service in order to promote them.

The letter which has been sighted by BestNewsGH.com, instructed Mr. Nsor to hand over his duties to the Wa Municipal Director of Education.

He took over from Mr. Evans Kpebah as Regional Director in 2019.

Read the interdiction letter below: 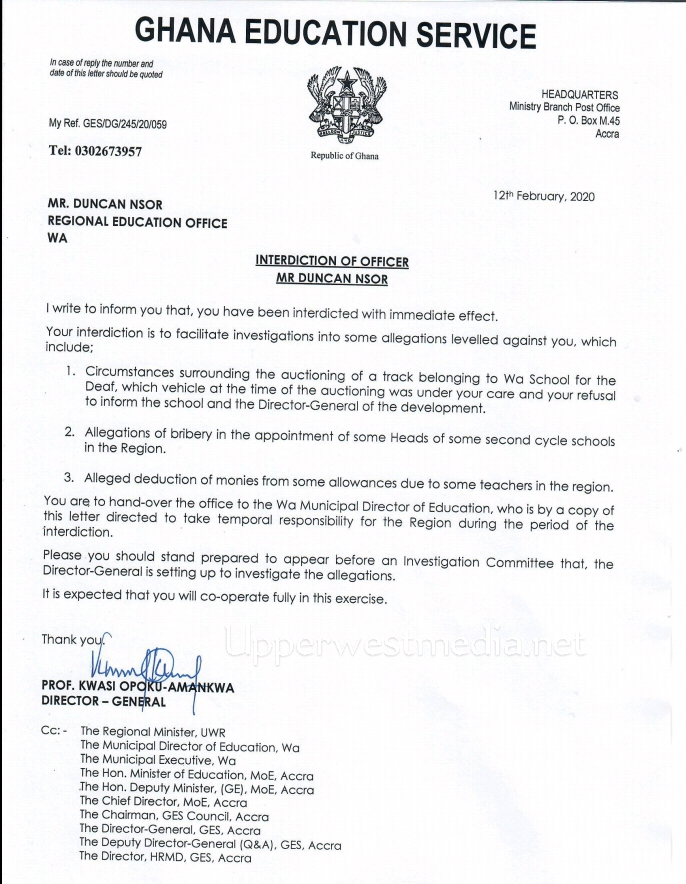