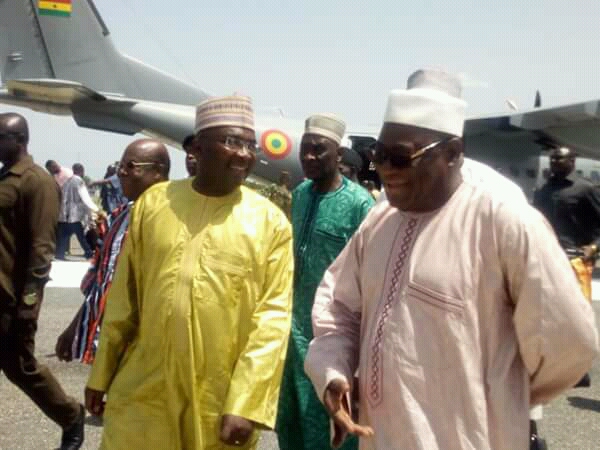 Vice President of the republic of Ghana Dr. Mahamudu Bawumia has arrived in the upper west regional capital to donate relief items to the flood victims, emanating from the torrential rains that have hit the region and the capital in particular in the last few days.

The second gentleman of the land arrived in the regional capital around 7:40 am and is set to support victims of the near fatal floods with some items at a brief ceremony in Wa.

Massive rainfalls in the Upper West region left many people homeless with some family members losing thousands of Ghana cedis and other valuable properties in the process.

Houses around the ‘Law Mans’ area, a popular joint in Wa, were completely submerged due to hours of rainfall prompting city authorities to block some of the roads in the area.

The National Disaster Management Organizatio (NADMO) visited the affected victims and have since called on the president to support the homeless victims.

The vice president will leverage on his visit to the region, to apprise citizens there, of measures government is instituting to ameliorate the cost living in the country.