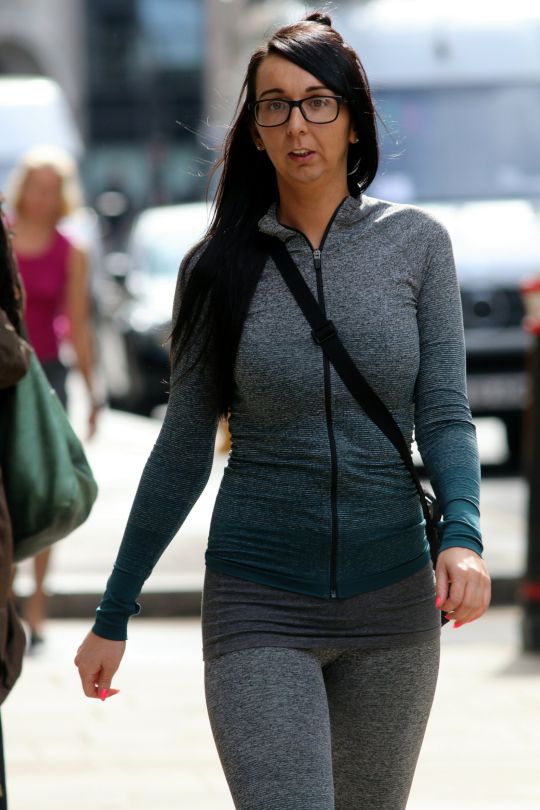 A woman caught with 78 wraps of cocaine and heroin up her vagina told the UK police they were just for ‘personal use’. Lauren Carson, 31, was stopped in the capital’s West End when officers saw three men and a woman following her looking to buy drugs.

The Glaswegian gave officers a false name and struggled when they grabbed hold of her after spotting clingfilm-wrapped packages in her mouth.

During a strip search, Carson tried to transfer some of the packages from her vagina into her bra that had just been checked. Officers then found 53 wraps of cocaine and 25 wraps of heroin, the Old Bailey heard.

Carson told jurors she had bought the drugs in bulk for her own personal use just moments before her arrest. She said she handed over the last £130 from her father’s inheritance for the haul, which could have fetched upwards of £500 if sold individually.

Carson explained she knew exactly where to go to purchase them because her father used to take her there to get his own fix.

‘He overdosed, that’s how he died, but he used to take me to these places,’ she said. ‘It’s probably not a great place to take your daughter, but that’s where we’d go.’ She told jurors she used the alias because she was worried about an outstanding arrest warrant north of the border. When quizzed about why she was in Soho, she added: ‘Well, I am a tourist. I am from Scotland.’

Prosecutor Matthew Dalton asked her why so many wraps were found hidden ‘in her private parts’ if they were only intended for her own use.

She replied: ‘Because I put them there to conceal them because you’re not supposed to have Class A drugs on the streets of London, obviously.’

Carson, of Mossvale Way, Glasgow, admitted possessing the Class A drugs but was found guilty of two counts of doing so with intent and jailed for three-and-a-half years by Judge Anuja Dhir QC.

It emerged after the verdicts were returned that she has three previous convictions up in Scotland for dealing drugs of class A, B and C going back to 2009.