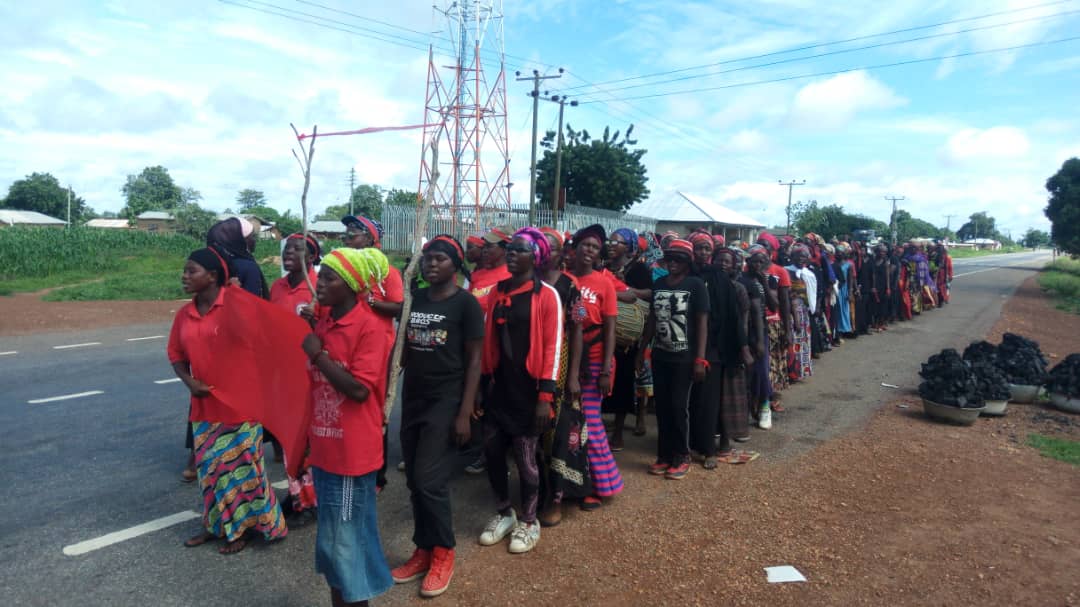 Women in Nuoru, a farming community in the Nadowli District of the Upper West Region have united to fight against the felling of shea trees and perennial bush burning in the community and surrounding villages.

The shea nuts which is gotten from the shea tree is the raw material for the shea butter they produce.

They contend that, the amount of shea nuts that they pick has seen a drastic decline in recent times.

They associate this problem to the increasing rate at which people are felling the shea trees and other economic trees for fuel wood and other farming activities.

It is common practice in the northern part of the country that both men and women are engaged in the unfortunate activity of making a living by felling trees for charcoal in commercial quantities.

It usually is an awful sight to see trucks of charcoal leave almost every village of the region on daily basis to the southern part of the country where the charcoal business is booming.

This old age practice of tree felling and bush burning is seen to have been one of the reasons for the deforestation and land degradation that has characterized the entire savanna belt in general and the upper west region in particular.

The resultant effect of this is the erratic and insufficient rainfall pattern witnessed in the area in the past decade or so.

This was made known during a peaceful march organized by Nuoru women to drum home their concerns over the weekends.

The march was supported by a non-governmental organization, northern Ghana shea enterprise and known as SNV.

Madam Ernestina Nuoru a village contact women was grateful to SNV an international NGO from the Netherlands for training Nuoro women on how to process and preserve shea butter for a very long time.

She was also grateful to SNV for helping them to plant and raise shea trees in the community contrary to the long held notion that the shea tree cannot be nursed and grown by farmers.

She advised the people to stop burning the bush as it is a contributory factor to the depletion of the shea tree.

The tendaana (landlord) Mwinelera Buopuo, chief of Nuoru, Naa Gangan Bondibaand and his people   were supportive of the initiative of the women and stated that they have every reason to give their full backing to the initiative from the women in the fight against illegal felling of economic trees.

This will lay a beautiful path going forward, for the people of the onetime forested community to realise the dream of achieving food security and economic freedom.