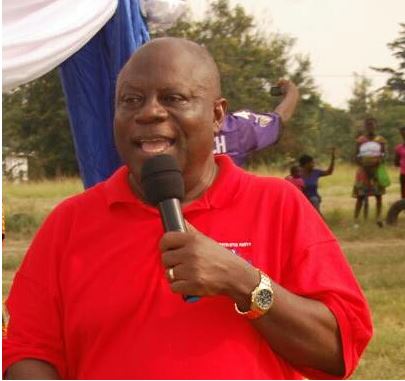 Anti-Corruption crusader, Vitus Azeem is calling for the sanctioning of the District Chief Executive for Asuogyaman in the Eastern Region, Samuel Kwame Agyekum for his role in the purchase of some items including a desktop computer above the market prices.

He wants the appointing authority to send the embattled DCE on leave or suspend him so he doesn’t interfere with investigations.

The DCE is also alleged to have purchased an HP Laserjet printer at an inflated cost of 16 thousand cedis, when the actual market price stands at 1,850 cedis with same specifications.

The inflated nature of the prices, raised eyebrows, culminating in the Assembly members taking it upon themselves to investigate the matter and have since asked the DCE to answer how he arrived at such obnoxious rates.

But speaking to Accra based starr Fm on the matter and monitored by BestNewsGH.com, Mr. Azeem said’ once EOCO is investigating, the next thing is for them to come out with the report and if the report finds him culpable, then that is where the removal will come. But for the mean time, the person should be made to step aside, either proceed on leave or be suspended’’

The DCE, Samuel Kwame Agyekum has since denied all the allegations