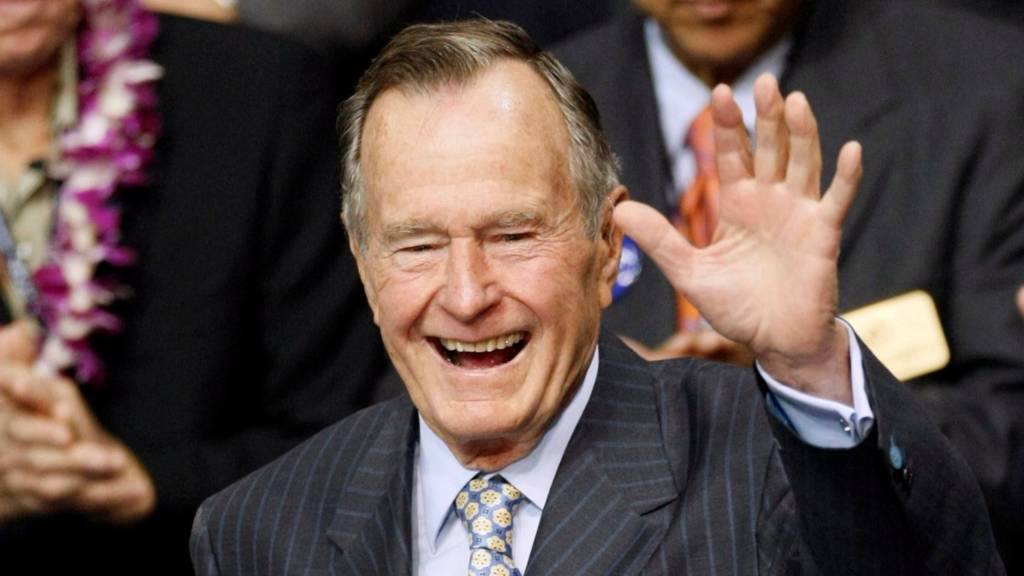 Bush, 93, was admitted to Houston Methodist Hospital in April after “contracting an infection that spread to his blood,” according to a statement from Bush family spokesman Jim McGrath.

Bush suffered from a form of Parkinson’s disease and had been hospitalized several times in recent years.

The former commander-in-chief was treated for pneumonia and was temporarily placed on a ventilator in 2017.

Bush’s death follows the passing of his wife, former first lady Barbara Bush, who died on April 17. Barbara, 92, suffered from chronic obstructive pulmonary disease (COPD) and congestive heart failure. The two had been married for 73 years.

Bush, a Massachusetts native, joined the US armed forces on his 18th birthday in 1938 and eventually became the youngest naval pilot at the time. He flew a total of 58 combat missions during World War II, including one where he was shot down by Japanese forces.

From the Ivy League to the oil business, and then public service

After graduating from Yale University and venturing into the oil business, Bush jumped into politics and eventually became a congressman, representing the 7th Congressional District in Texas. He made two unsuccessful runs for Senate, but would later serve in various political capacities — including as the US ambassador the United Nations, Republican National Committee chair, and CIA director.

Bush decided to run for president in 1980; however, failed to secure the Republican Party’s nomination during the primaries. Reagan soon chose Bush as his running mate and vice presidential nominee.

He ran for president again with Sen. Dan Quayle of Indiana as his running mate, and won, in 1988.

During his time in office, Bush oversaw major foreign-policy decisions that would have lasting effects on the global stage.

As one of his first major decisions, Bush decided to remove Panamanian dictator Manuel Noriega — a former US ally turned international drug lord — from power. Around 23,000 US troops took part part in “Operation Just Cause” and invaded Panama. Noriega eventually surrendered to the US and although the operation was seen as a US victory, it was also viewed as a violation of international law.

As the sitting president during the demise of the Soviet Union, Bush held summits with Soviet President Mikhail Gorbachev and advocated for the reduction of nuclear weapons while cultivating US-Soviet ties. When the Soviet Union finally fell, Bush heralded it as a “victory for democracy and freedom” but held back on implementing a US-centric policy on the confederation of nations that emerged.

On August 2, 1990, Bush faced what was arguably his greatest test. Iraq, led by Saddam Hussein, invaded Kuwait after accusing it of stealing oil and conspiring to influence oil prices. Bush formed a coalition of nations, including the Soviet Union, to denounce Hussein’s actions and liberate Kuwait in “Operation Desert Shield” and eventually “Operation Desert Storm.” Around 425,000 US troops and 118,000 coalition forces were mobilized for weeks of aerial strikes and a 100-hour ground battle.

Despite his achievements beyond the US border, Bush was less successful back home. He fell short in his bid for reelection in 1992, during a time of high unemployment rates and continued deficit spending. Bush pulled in only 168 electoral votes that year, compared to Bill Clinton — then the governor of Arkansas — who collected 370 electoral votes.

Following his presidency, the Bushes relocated to Houston, Texas, where they settled down and became active in the community.

Bush received several accolades after his presidency, including receiving a knighthood at Buckingham Palace, and having the US Navy’s nuclear-powered aircraft carrier, the USS George H.W. Bush (CVN 77), named after him.

In 2017, several women accused Bush of sexual misconduct and telling lewd jokes. Bush’s representatives released a statement at the time, saying that he occasionally “patted women’s rears in what he intended to be a good-natured manner.”

“Some see leadership as high drama and the sound of trumpets calling, and sometimes it is that,” Bush said during his inaugural address on January 20, 1989. “But I see history as a book with many pages, and each day we fill a page with acts of hopefulness and meaning.”

Bush continued: “The new breeze blows, a page turns, the story unfolds. And so, today a chapter begins, a small and stately story of unity, diversity, and generosity — shared, and written, together.”