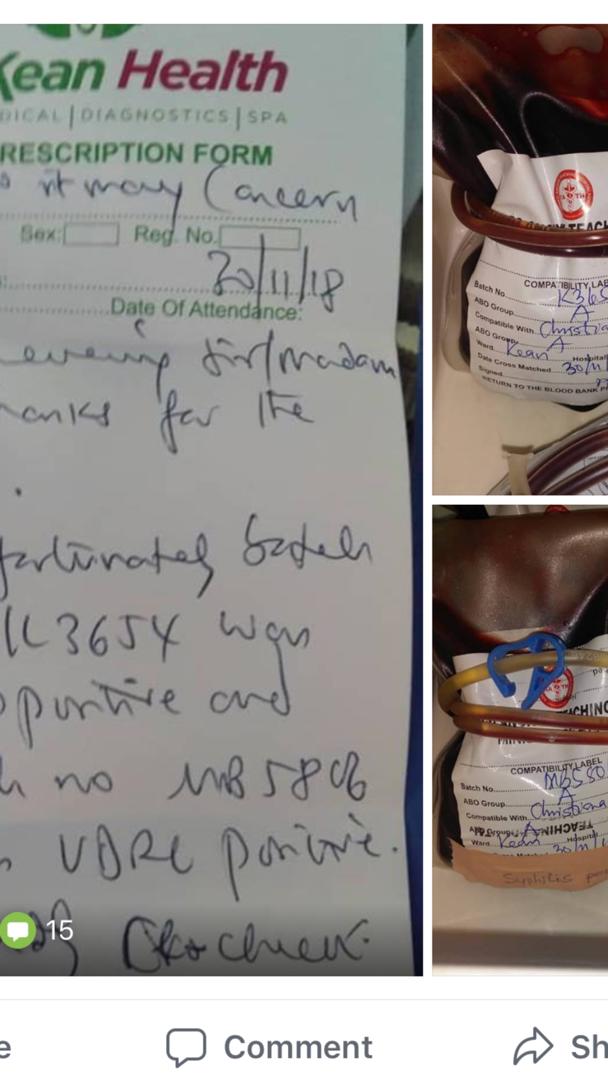 It has emerged that two pints of blood bought from the Komfo Anokye Teaching Hospital for a patient in another Health facility tested Syphilis and HIV positive.

One of the blood packs was HIV positive and the other pack was Syphilis positive. 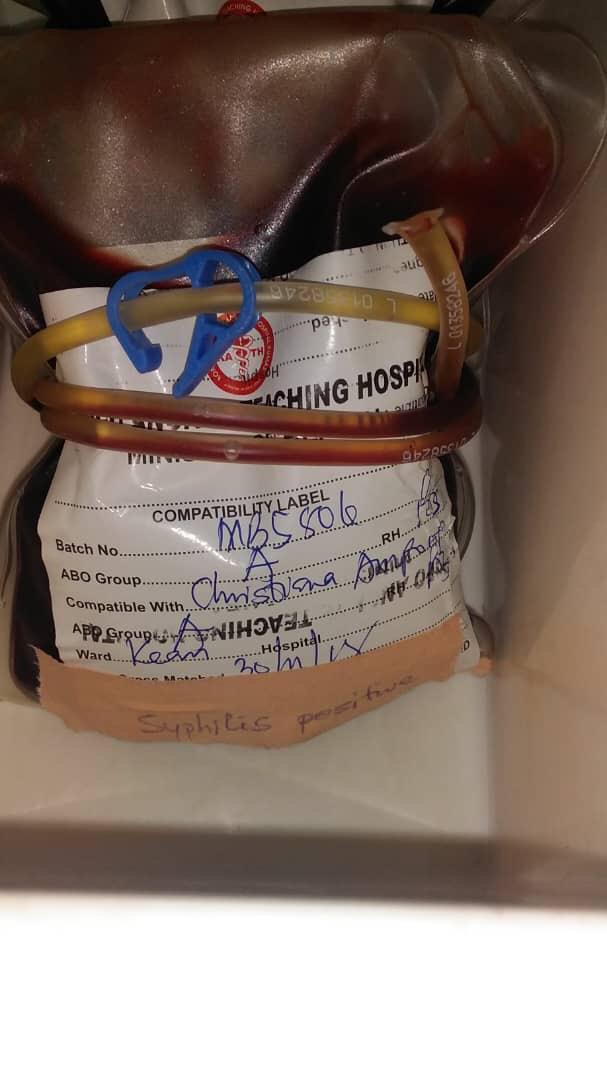 A Facebook user by name Addo Kwabla-Evans reports that the blood which was meant for his mother turned out to be unwholesome when authorities at Kean Health Centre where his mother was on admission tested it.

Evidence of the claim is adduced in a prescription in which the medical doctor on duty at the time of the incident wrote, rejecting the blood while pointing out to the KATH authorities their findings. 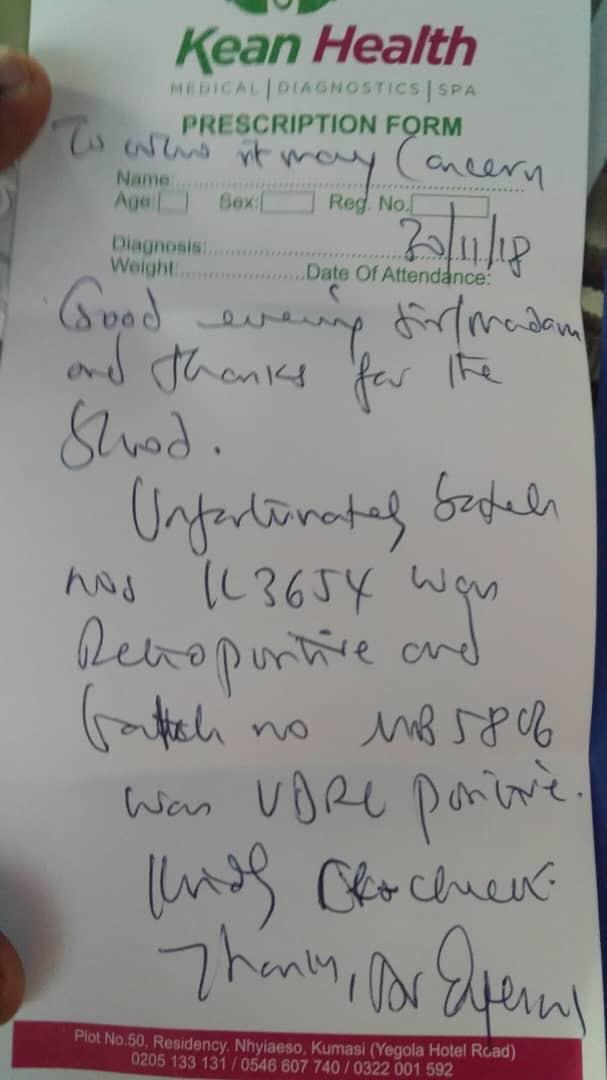 This means that it took the diligence of the officials of Kean Health Centre to prevent what would have easily passed for an infection of an innocent patient with the virus.

This is supposed to be an eye opener to the general public to watch out when purchasing such essentials from the Komfo Anokye Teaching Hospital blood bank. 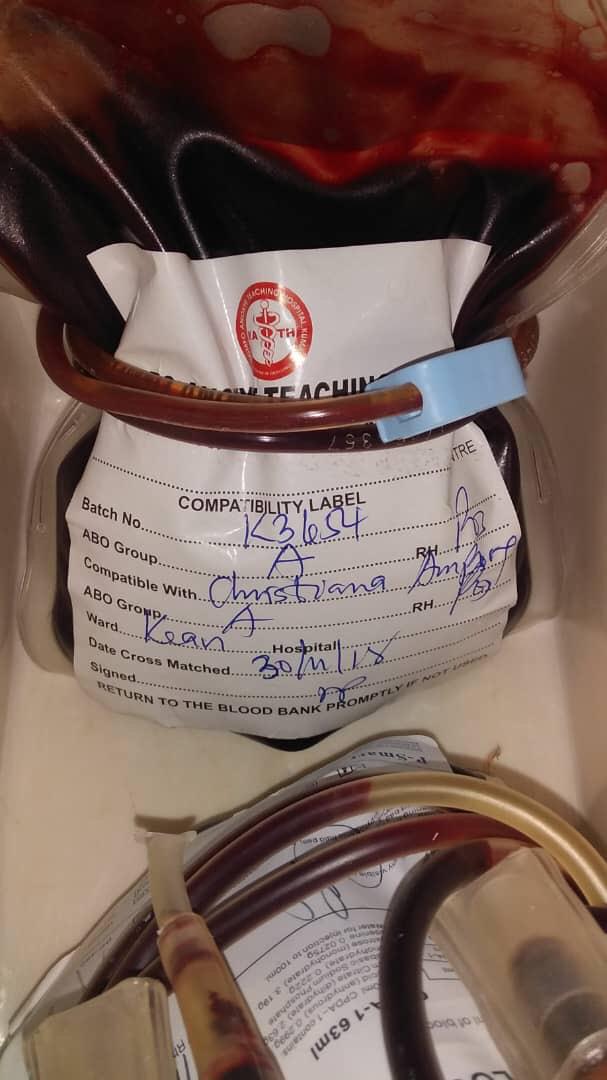