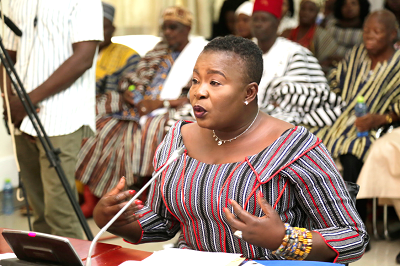 A series of activities have been lined up to mark the celebration including holding a breakfast meeting with religious and other opinion leaders at the residency.

The breakfast meeting with the religious and opinion leaders comes off in the morning at 8am and this will be followed by a Press Soirée in the afternoon at 4:00pm.

The 54 year old Ms Abayage told the appointments committee in Parliament last October during her vetting that she was not going to the region just to eat Tuo Zaafi (TZ), a local dish prepared with millet or maize flour.

She said would be travelling to Accra often to knock at the doors of sector ministers to send development projects to the Upper East Region.

Tomorrow’s event is aimed at taking stock of her stewardship of the Region over the last 3 months and to chart the way forward for the accelerated and rapid development of the Region. 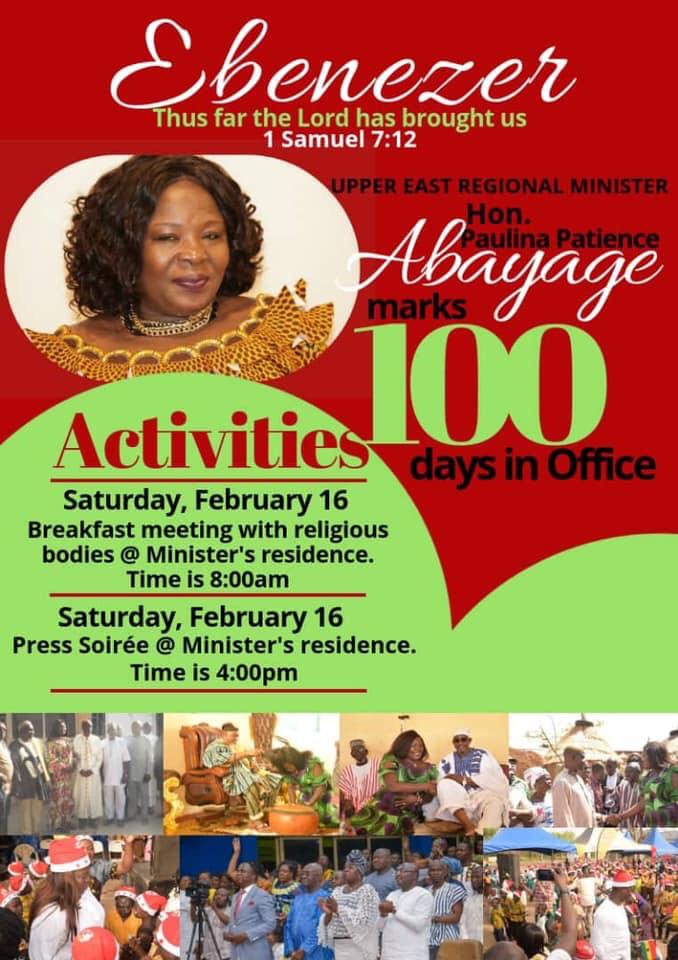