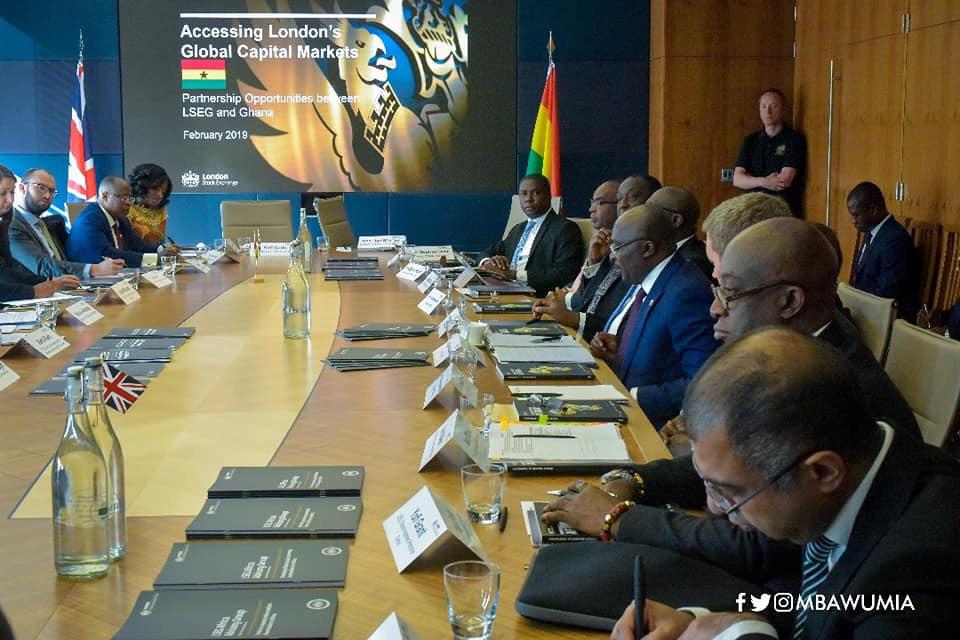 The United Kingdom-Ghana Business Council Meeting, underway in London from February 25 to 27, is part of efforts to accelerate the ‘Ghana beyond Aid’ agenda through a common purpose.

“This new partnership is the primary driver for UK-Ghana relations that brings with it a whole-of-government approach on both sides, to sharpen our focus on mutual priorities around trade and investment, economic development, job creation and the business environment,” the statement said.

It noted that the Ghanaian delegation would be met by an equally impressive group of UK Cabinet Ministers, junior ministers, parliamentarians and UK private sector partners, all united with the common purpose of shaping a UK offer that would accelerate the President’s vision of a ‘Ghana beyond Aid’.

It said this marks a critical moment for the bilateral relationship, and was the culmination of a year of intense engagement.

“It is the first time that we have convened such a high-level group in London. This meeting will prioritise specific sectors of economic development where the UK and Ghana can focus effort: agro-processing, extractives, financial services, and garments/textiles,” it added.

The statement noted that it would enable both sides to overcome existing constraints, and transform the business environment that would boost bilateral trade and investment.

It said there would be opportunities to discuss and agree on trade and investment deals, worth in excess of £1 billion.

It said in the margins of the meeting, there was a packed programme of bilateral activity that demonstrates the breadth of the UK-Ghana relationship.

According to the schedule, Vice-President Bawumia and Mr Ken Ofori-Atta, the Minister of Finance, would meet with Mr Philip Hammond, the Chancellor of the Exchequer, and visit the leadership of The London Stock Exchange.

It said Mr Adam Afriyie, Trade Envoy to Ghana of the UK Prime Minister, would host a reception and dinner for the delegation, which includes UK parliamentarians, businesses and members of the Diaspora in The Houses of Parliament.

It said Vice-President Bawumia would speak at Chatham House to outline his economic vision for Ghana as an attractive destination for investment, on the theme ‘Ghana’s inclusive economic future: Approaches to achieving transformative growth’.

Speaking ahead of the Council meeting, Mr Iain Walker, the British High Commissioner to Ghana, said: “The UK-Ghana Business Council meeting is the forum to drive forward the new strategic partnership between the UK and Ghana.

“We share a common purpose: President Akufo-Addo’s vision for ‘Ghana beyond Aid’ aligns with the UK government’s new strategic approach to Africa.

“The UKGBC is the process for translating our common purpose into practical action.

“Through intense engagement on both sides, we are sharpening focus on a few key priority areas – bringing an integrated whole-of-government approach – that will spur long-term for economic growth, create jobs and encourage greater trade and investment between our two countries.”

The UK-Ghana Business Council (UKGBC) is a biannual high-level meeting between top UK and Ghana government officials and ministers.

The meeting is used as a vehicle to move forward a new strategic economic partnership between the UK and Ghana that focuses on increased trade and investment, and additionally emphasises the development of priority sectors of the Ghanaian economy that leads to job creation and sustained economic growth.