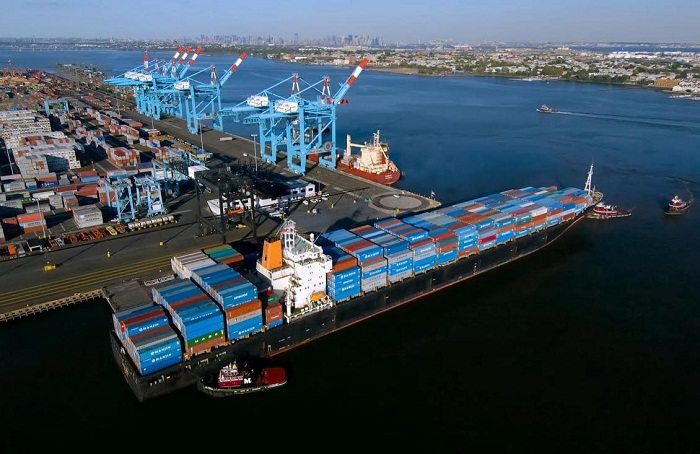 The Trades Union Congress is appealing to President Nana Akufo-Addo to intervene, as a matter of urgency, to ensure that the contract between Ghana government and Meridian Port Services (MPS) is reviewed.

The TUC estimates that the Ghana Ports and Harbours Authority (GPHA) alone may sack about 1,400 workers in 2019 as a result of MPS monopoly at the Tema Port.

It said aside massive job losses, GPHA will surely lose millions of US dollars in revenue, in addition to over US$800 million granted to MPS in tax concessions if the contract is not reviewed and MPS commences operation in the new terminal in June 2019.

Ghana government signed a 35-year contract with MPS in 2015 which allows MPS to effectively monopolise the activities at the Tema Port.

According to the TUC, the contract was awarded to MPS without going through a competitive bidding process.

It stressed that when the new terminal commences operations in June 2019, with the monopolistic rights of MPS, GPHA and other operators in the Tema Port, such as terminal operators, Inland Container Depots (ICDs), Stevedoring companies and shorehandling companies, would lose huge revenues, which may lead to the collapse of many container-related businesses.

This, it said, would translate into massive job losses in the maritime industry, which is already grappling with redundancies as a result of government’s policy of registering many Stevedore and shorehandling companies.

The TUC raised this concern in its comments it has submitted to the Government of Ghana on the 2019 State of the Nation Address (SONA) last Thursday, February 21, 2019.

In the comments, the TUC congratulated the President on a very successful SONA and all the chiefs and people of Dagbon on the successful resolution to the protracted conflict in the area.

The congress supported the expansion of the public sector workforce by the government, because, first, decent jobs are being created and, second, it is improving public service delivery, especially in the two key social sectors of health and education, which are crucial for the wellbeing of citizens and for human development, generally.

“An important feature of the President’s address was his recognition of the numerous challenges that confront the nation in several sectors, despite the successes he so eloquently enumerated. The national housing situation remains a great challenge. Linked to this is the worsening sanitation situation, especially in our cities,” it stated.

Despite all the achievements in macroeconomic management, the TUC stated that the President was also mindful of the need for caution because, as he rightly observed, this is not the first time Ghana has had such a good set of figures.

TUC also agreed with the President in his call for prudence and discipline in the way the affairs of the state are conducted.

However, it said one of the key challenges that remain to be addressed is how to maintain the linkage between the macroeconomic achievements and daily living experiences of Ghanaians.

It called on social partners to work together to ensure that economic growth creates more decent jobs that enable workers to own decent housing and other basic necessities of life.

While TUC commended government for creating more jobs in the public sector, it recognised that there is a limit to the capacity of the state to directly address the job crisis.

The TUC further stated that together with its affiliate unions, it will continue to support all government policies and programmes that strengthen the national economy, create decent jobs and bring tangible improvements in the lives of Ghanaians.