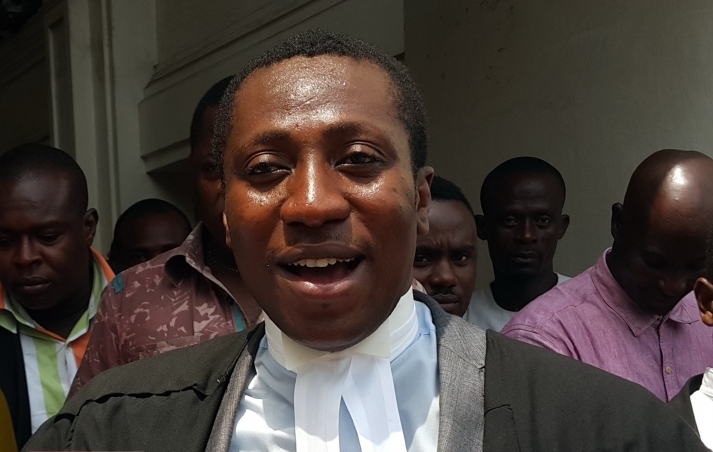 Private legal practitioner, Alexander Afenyo Markin has implored the general public to ignore news making the rounds that the Supreme Court has instructed that the dismissed Vice Chancellor for the University of Education Winneba Professor Mawutor Avoke should be re-instated.

According to him, the court did not give that directive and did not deliver a judgement and that some interested groups are deliberately twisting the facts to suit their parochial and personal interests.

‘’Although the Supreme Court has quashed the decision of the earlier ruling of the High Court, it does not mean that those who have been dismissed would have certain privileges restored to them,  that is absolutely out of the way’’ he said.

Mr. Markin who is also the Member of Parliament for Effutu in the Central Region took a swipe at the opposition National Democratic Congress (NDC) for usually playing tribal politics with court cases in the country and impugning the integrity of the judiciary in the country.

‘’They have the penchant for denigrating the courts when they lose cases and politicise most court cases. They berate the courts and judges and insult them and turn around to celebrate them when cases go in their favour’’ he said on an Accra based radio station.

He hinted that they will be heading back to the high court in Winneba for further directions on the matter.

The Supreme Court yesterday overturned the High Court decision which led to the removal of Professor Mawutor Avoke as Vice Chancellor of the University of Education, Winneba.

According to the unanimous ruling, the High Court in Winneba failed to take evidence from the parties in the case before granting judgment.

In July, Prof Avoke, along with four others; the Finance Officer, Dr. Theophilus Senyo Ackorlie; Daniel Tetteh, Mary Dzimey and Frank Owusu Boateng, were interdicted by the school after it emerged that some vital documents at some offices at the centre of an ongoing investigation had disappeared.

They were then found guilty of procurement and other financial irregularities in December 2017.

The irregularities had to do with the monies paid to the contractors of the North Campus Roads project.

In August 2018, the UEW governing council dismissed the five principal officers of the institution after a fact-finding committee had been set up to look into the matter.