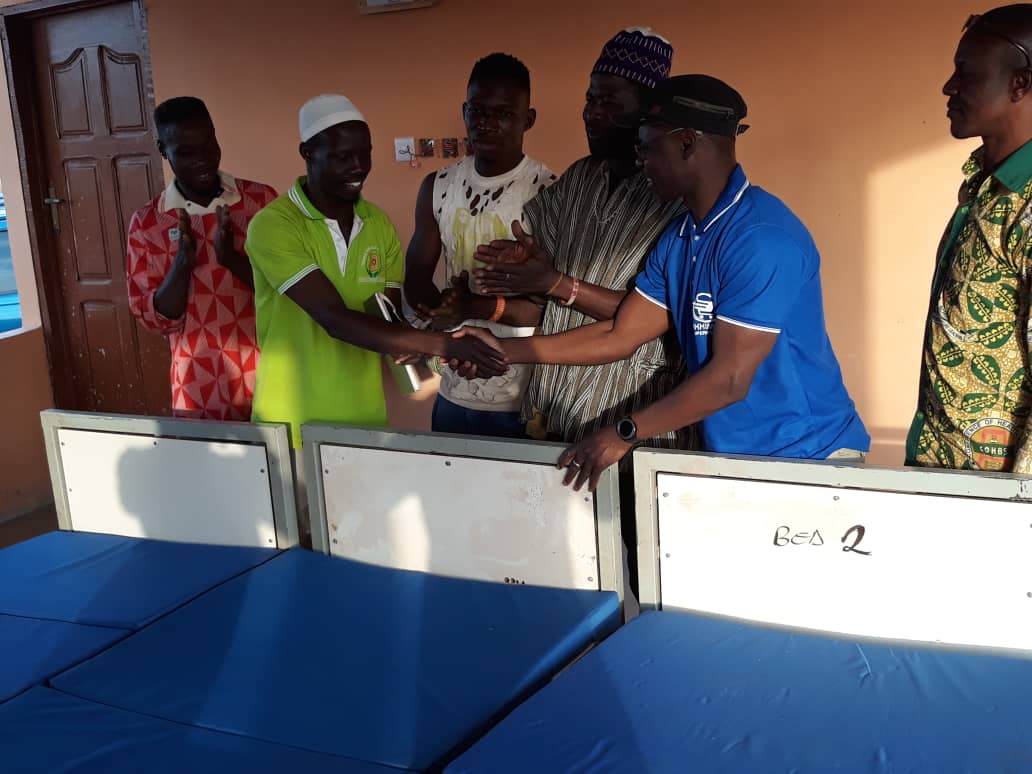 The former Medical Director of the Accra Regional Hospital otherwise known as the Ridge Hospital, Dr. Thomas Anabah has in recent times embarked on various philanthropic activities as a way of giving back to society.

He has donated furniture to Worikambo RC Primary school and also repaired the school’s borehole which was nonfunctional for a couple of months resulting in students having to carry water from home to facilitate preparation of food at school among other uses.

Late last year he supported the communally constructed Community Health Center (CHPs) in Kolmasug by donating patient beds and mattresses and some assorted medical consumables to the facility.

This generous and philanthropic Medical doctor who is the Chief Executive Officer of Habana Medical Centre in the Northern Regional Capital, Tamale has entered 2019, even more determined to help his people.

He promised to take care of the labour cost of the painting of the Denigu health centre. The Cheif of Songo showed his appreciation for the donation by offering him a huge cock. The chief also took the opportunity to call on successful people who hail from the area to emulate Dr. Anabah by giving back to their community.

He called on the residents to take their health very serious while educating them on some health issues in his bid to get them to be health conscious.

The items were received by the heads of the various facilities on behalf of the District Director of Health Services who was unable to attend due other equally important activities.

They were very thankful for his kind gesture.