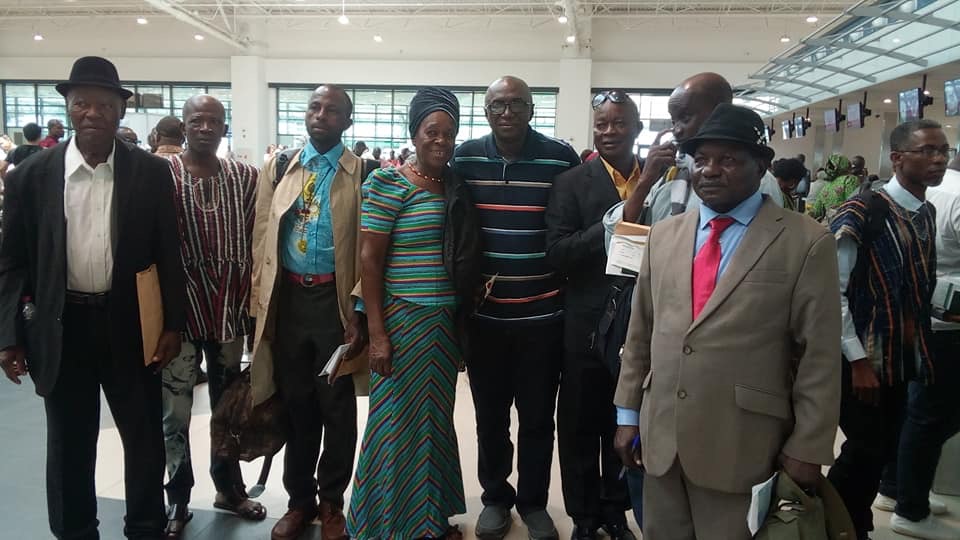 Member of Parliament for the Nandom Constituency Ambrose Dery has sponsored seven (7) of his Constituents to embark on a Christian religious pilgrimage to Israel.

This gesture was in fulfilment of one of his campaign promises to assist some Christians, just like he had been doing for their Muslim counterparts on yearly bases, to also visit the Holy City of Israel.

According to him, this promise fitted well into the government’s policy to support some Christian Pilgrims to the Holy land of Israel this year.

Government as part of its commitment to the overall development of the Ghanaian people including their spiritual development has over the years facilitated the movement of Ghanaian Islamic pilgrims to Mecca and back.

This year, the Nana Addo Dankwa Akufu Addo led government as a matter of policy and through the Religion and Chieftaincy ministry, has for the first time decided to facilitate the pilgrimage of some selected Ghanaian Christians to Israel.

The selection was across the entire country of Ghana and the Nandom constituency had one slot.

Mr. Ambrose Dery who is also the Minister for interior took the opportunity and sponsored from his own purse, six additional people selected across the Constituency.

The selection formula of the six people was very fair and simple; one Priest (a Rev. Father), one Catechist and one person from each of the four zones of the Nandom Constituency.

Speaking to the Nandom MP on why he decided to commit so much of his personal resources to such a gesture, he indicated that it was not just a political promise being fulfilled, but as a Catholic himself he believed deep down his heart in also the spiritual development of his people.

This explains why he has over the years consistently supported some Muslim Constituents to embark on hajj every year.

In the recent hajj, eleven (11) Muslims from the Nandom Constituency were assisted to successfully embark on the religious pilgrimage to Meca and back.

According to him, in a community where over 90% are Christians, it was only fair that he paid attention to the Christian community and their spiritual development too.

Answering the question of whether this was sustainable, he said this has come to stay and was trusting his God to provide the needed resources.

Speaking to the obviously excited Nandom Pilgrims, they all expressed overwhelming joy about the opportunity offered them by their MP.