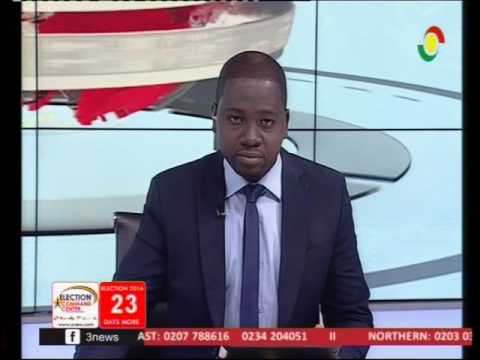 A political analyst at the University of Cape Coast, Dr.  Kingsley Adjei has lampooned those who are touting the ‘Volta Card’ after the opposition National Democratic Congress’ (NDC) national delegates conference, accusing them of being tribal bigots who only thrive when they practice same.

‘’We cannot play politics with tribalism, it won’t help the country. If you take a look at our constitution, it is explicit on the fact that once you form or establish a political party and you have people from all regions of the country as members, it is good’’ he said on Accra based Peace Fm and monitored by BestNewsGH.com

Dr. Adjei opined that the backwardness of Ghana and Africa in general emanates from tribalism, explaining that people prefer to vote for and elect incompetent tribe mates than to elect competent people from outside their tribes.

‘’The backwardness of Ghana and Africa can be attributed to tribalism. When we go into elections, instead of electing people who are qualified and with the requisite competence to do the job and bring development, we rather choose to elect people who are unqualified and inexperienced because they belong to our tribe. It is something that must be discouraged at all cost. We mustn’t even think about it at all.’’ He noted.

He added that the christening of Ashanti Region and Volta Region as the strong holds and world banks of ruling New Patriotic Party and the opposition National Democratic Congress respectively, was wrong, adding that irrespective of the government that is in power, it must spread development across the country and not based on which part of the country is its stronghold or world bank.