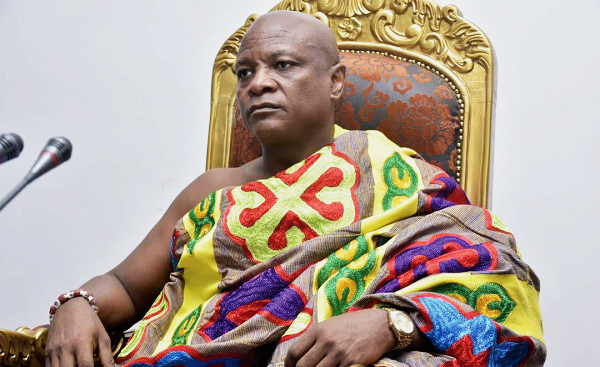 Businessman and loudmouth politician Kennedy Ohene Agyapong is calling for the immediate sack of Togbe Afede as the Board Chairman of the National Investment Bank (NIB).

According to him the businessman and traditional ruler supervised over very corrupt practices at the bank leading to the withdrawal of some 31 million Ghana cedis by the immediate past Managing Director of the Bank, Ernest Agbesi under highly fraudulent circumstances.

The Assin Central ruling New Patriotic Party (NPP) legislator who showed and gave a blow-by-blow account of how the monies were withdrawn, said the former Managing Director conducted the transactions himself, walking into the banking hall and withdrawing the cash, sometimes taking as much as 1 million Ghana cedis in a day.

Mr. Agyapong wants the former Managing Director of the bank to be arrested and prosecuted for stealing from the bank and made to refund every single dime he stole while was head of the state financial institution.

He said the rot at the National Investment Bank has rendered and put the bank in a vulnerable position saying ‘’as we speak now, I don’t know what will become of NIB. And Togbe Afede has still been retained as board chairman. He should be fired immediately. He supervised it and should be punished’’.

He is worried that government at the end of the day will be forced to inject the tax payer’s money into the operations of the bank just to save it from also collapsing.