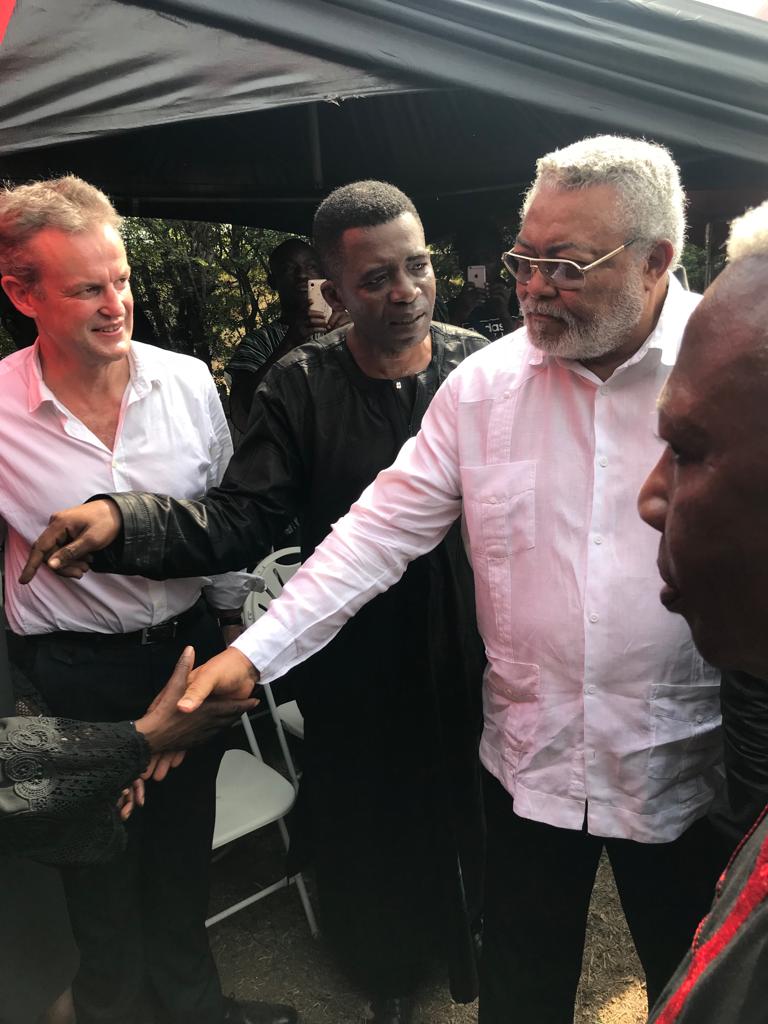 Times are hard and difficult in Ghana and this is the time Ghanaians must look out for each other, support and help one another, according to former president Jerry John Rawlings.

The former president made the remark when he attended the funeral of the mother of the Vice President of the Ship Owners and Agents Association of Ghana (SOAAG), Adam Imoru Ayarna in Tema yesterday, Saturday, January 19, 2019.

‘’We all know how hard things are in Ghana right now. Times are really hard and during critical moments such as this funeral, the cost the family incurs is a not a joke. So I am pleading with all of you, the way things are, we have no choice but to help one another’’ he said.

Papa J as the former president is popularly known, described Mr. Adam Imoru Ayarna as man of courage and high moral standing, who stands his grounds to defend what is right at all times.

According to him, it was because of the good traits and character of the Mr. Ayarna that he decided to take time off to attend his mothers’ funeral.

The late Nana Ama Obu Derby-Michaelis passed on, on the 16th of November 2018 at the Tema General Hospital after a short illness at the age of 76.

Scores of sympathizer, friends and relations and professional colleagues of Mr. Ayarna including captains of industry from shipping and business fraternity attended the funeral.

She was survived by 3 children, Mrs. Marcelyn Campbell who lives in the United Kingdom, Mr. Adam Imoru Ayarna, Chief Executive Officer of Cadesmee International and Vice President of the Ship Owners and Agents Association of Ghana in Tema, Ghana and Mr. Jan Michaelis who lives in Mainz, Germany.

She is also survived by 7 grandchildren.

She was interred at the Community 9 Cemetery in Tema.