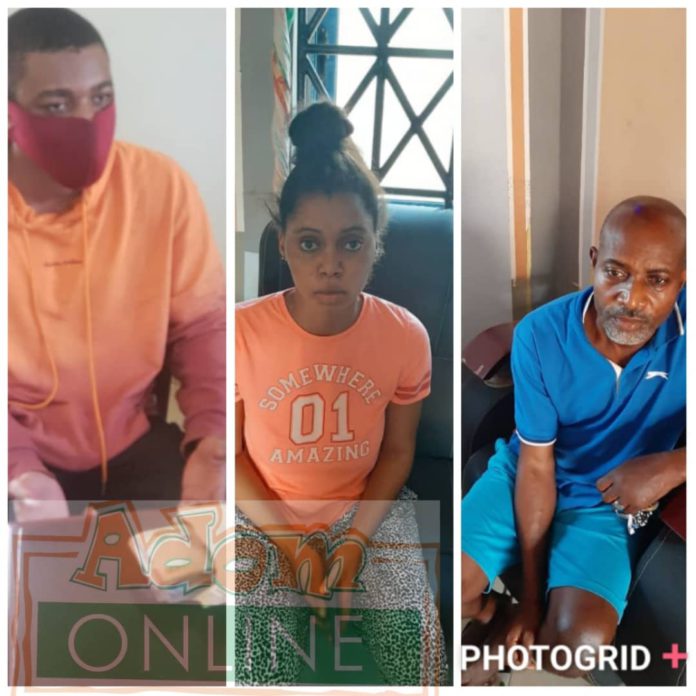 Three Nigerians who illegally entered Ghana amid border closures following the outbreak of COVID-19 have been arrested.

They were arrested by personnel of the Ghana Immigration Service (GIS) at the Sogakope Inland Immigration checkpoint.

They were said to have been assisted by some Togolese nationals along the border.

The statement explained that brother of one of the suspects, David Jamaho, following the arrest, offered a bribe of US$5,000 to the Immigration officials in exchange for the freedom of his sister, Sylvia Jamaho.

The two other suspects according to BestNewsGH.com sources, also each offered the Immigration officials GH¢ 500 bribe.

The three suspects have since been escorted back to the Aflao sector command of the Ghana Immigration Service, while David Jamaho has been placed in custody in Sogakope.

This website is informed that Port Health officials are conducting tests and medical screening for the suspects.