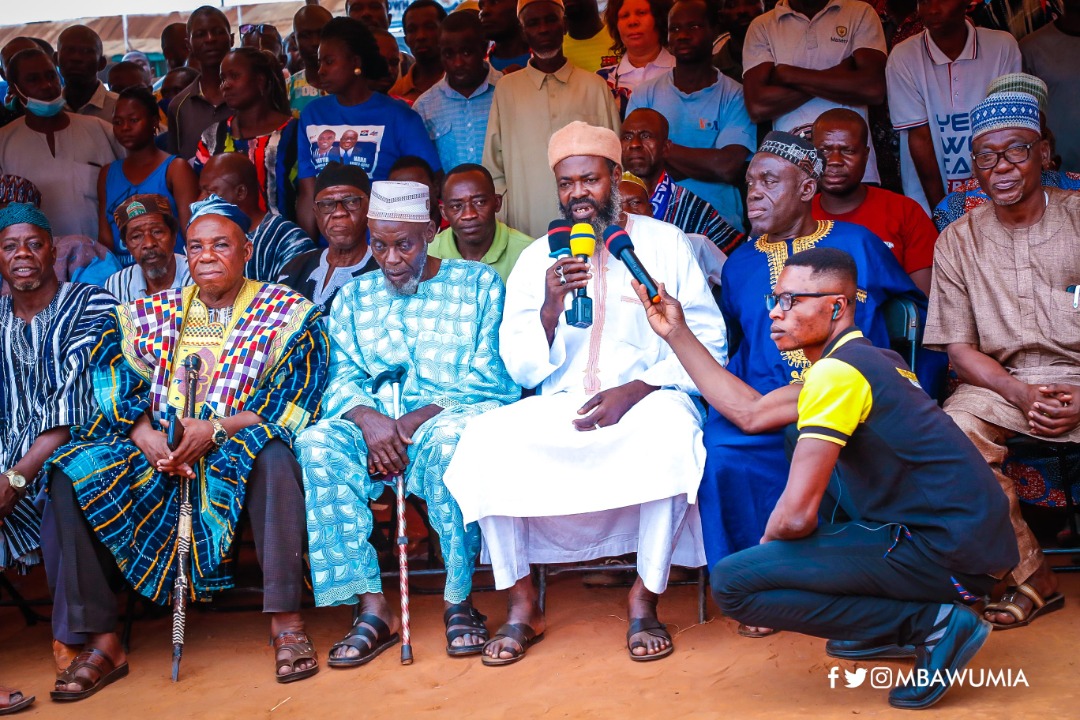 The Council of Zongo Chiefs of Techiman say contrary to claims that the New Patriotic Party is anti-Zongos and that the party will persecute the people of Zongo if elected, the Akufo-Addo government has rather demonstrated commitment towards the welfare and development of Zongos.

At a grand durbar in Techiman on Thursday October 22, which included several Techiman Zongo Chiefs and Imams, the Zongo community referred to relentless claims by opponents of the NPP, who always tag the NPP as anti-Zongos.

“Many people in Zongos were afraid of the NPP because they kept telling us the NPP is anti-Zongo and they will sack people from the Zongos if we vote for them,” Alhaji Fuseini Awudu, the Mossi Chief of Techiman said on behalf of the Zongo Chiefs.

He added: “but Allah made it possible for Nana Akufo-Addo to be elected President and Dr. Mahamudu Bawumia became the Vice President. Events have proved that it is better this happened.”

“First of all, we will like to thank President Nana Akufo-Addo and Vice President Bawumia.”

“The partnership of Mahamudu Bawumia and Akufo-Addo has lifted Zongo. Zongo is changing wherever you go with development, especially in education.”

“We thank the Almighty Allah and we thank the government for its commitment to the development of Zongos.”

“We are particularly grateful to the government’s vision on education, especially Free SHS.”

The Zongo Chiefs noted that many people in the Zongos are proud of Vice President Bawumia for his contribution to the governance of this country, as well as his commitment towards the development of the people of Zongo.

“We are proud to have you and we thank you for all the support you have been giving Zongo communities.

“Many Zongos are determined to support you because of what you have been doing for the country and Zongos.

The Chiefs of Techiman Zongo assured Dr. Bawumia of their unflinching support towards December’s elections.

“We are proud of you and your government and we wholeheartedly support you.”

“By the will of Allah, we will be solidly behind you in the 2020 elections so that you can continue with your good works.”

Vice President Bawumia thanked the Techiman Zongo Chiefs and many other Chiefs and Imams from other Zongo communities for their support and prayers.

He reiterated President Akufo-Addo’s commitment to the development of Zongos with education and infrastructure development as key areas of interest for the government.

Dr Bawumia stated many interventions by the Akufo-Addo government in many Zongo communities such as construction and provision of classrooms, drainage systems, access roads, ICT centres, toilets, water systems, astro turfs and sending 40 students to Cuba to study medicine on government scholarship.

“For the first time in the history of Ghana, Zongo development is a focus in our national budget and only the government of President Akufo-Addo has done that,” Vice President Bawumia said.