According to him, the Asantehene owns the region, while the politician runs it.

Mr. Irbard also described the controversial politician as a gentle giant who has a lot wisdom.

According to him, the Ashanti Regional NPP chairman has ‘’home sense’’, adding that Ghanaians should not unfairly demonise politicians. 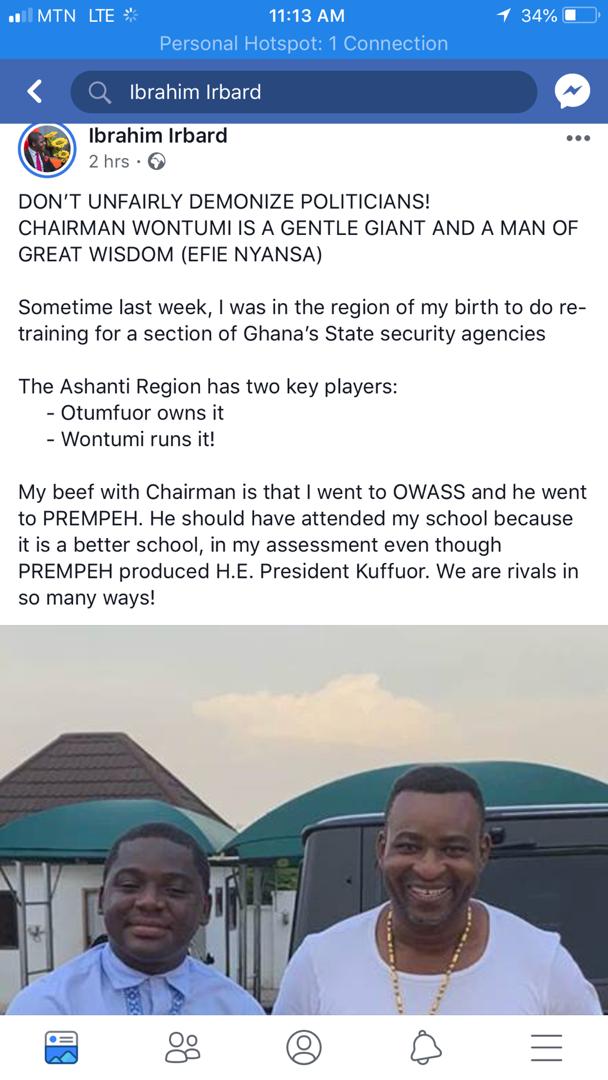