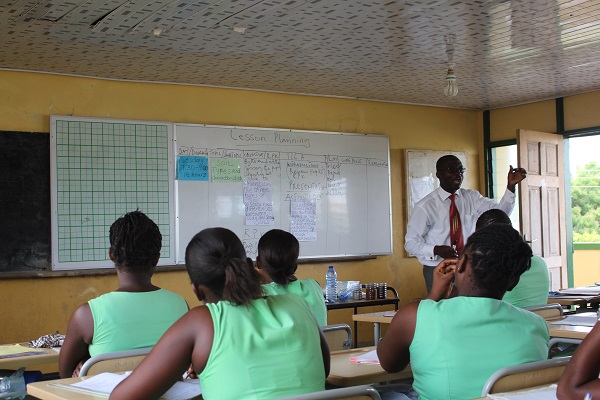 Teachers who have been posted to the Eastern Region under the double track system are said be stranded and have resorted to sleeping at lorry terminals and car parks as they have no money to rent or afford hotels.

This is because they have been rejected by the regional directorate of the Ghana Education Service (GES) on the grounds that the subjects they have been posted to teach are not what they majored in, at the university.

Spokesman for the rejected teachers Kingsley Adjei Badu, narrating their ordeal on an Accra based local radio station and monitored by BestNewsGH.com explained that the regional education directorate asked them to go home and that they will be reached later, a directive he said they find difficult to understand, particularly given the fact that they were posted to the region by the Ghana Education Service.

‘’We were given three subject options, major, minor and a third subject and it was based on this that they issued our appointment letters. So when they promised to call us and re-post us, we waited and they never called and when we checked on the internet to verify if the postings had come, it was negative and the last day for reporting was last Friday, November 16, 2018 and that is no fault of ours’’ he said.

Mr. Adjei Badu said their fear is that they risk losing the appointments given the posturing and demeanor of the regional GES officials.

‘’You see, what is happening now is that some of our colleagues are from the three northern regions, some are from the Brong Ahafo Region, others are from Takoradi and because of how things have panned out, those from the north are still in Koforidua that they don’t have money to hire or rent hotel accommodation and so if you go to the lorry stations now you find them sleeping there’’ he said.