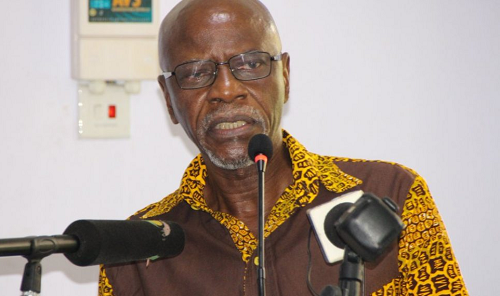 A lawyer and human rights activist, Mr Anthony Akoto Ampaw, says it has become imperative to include the teaching of human rights in the country’s educational curricula.

He said inculcating the values and tenets of human rights at all levels of education would make people aware of their rights and make them respect the rights of others.

“I can assure you that if we had human rights as part of our education, by the time children leave junior high school and senior high school and go into society, they would have a measure of what their rights are and what the rights of fellow citizens are,” he said.

He was speaking at a workshop for civil social organisations (CSOs) on the United Nations Universal Periodic Review (UN UPR), the UN mechanism used to measure countries’ human rights records and compliance with human rights values.

It was organised by the United Nations Development Programme (UNDP) and the POS Foundation, a CSO, and dubbed: “CSO’s Report Submission: The use of technology amidst COVID-19 in the promotion of Ghana’s human rights record under UN UPR Mechanism for the 4th Cycle Review”.

The UPR was initiated in 2006 after the establishment of the UN Human Rights Council (HRC), and it became one of the core mandates of the council.

It is a unique mechanism where each of the 193 UN member countries are peer-reviewed and examined on its human rights record every five years regardless of its size or political influence.

As part of the review, countries are obliged to respond to recommendations by its peers, and also provide data on the implementation of recommendations previously accepted.

Ghana’s human rights record was first reviewed by the HRC in May 2008, followed by another one in October 2012, with the third in November 2017.

The country’s next review was supposed to be next year, but due to the COVID-19 pandemic, it has been shifted to January 2023.

There are normally two reports that are submitted by Ghana to the HRC to be reviewed, one by CSOs led by the POS Foundation, and a State report by the government.

The Executive Director of the POS Foundation, Mr Jonathan Owusu, said over the years, CSOs had collaborated with the government at various levels to ensure the country met its UPR obligations.

Currently, he said, the POS and other CSOs — in partnership with the UNDP — were developing a web portal that would be a repository for the country’s UPR activities.

Not meant to shame

In a speech read on her behalf, the UN Resident Representative to Ghana, Dr Angela Lusigi, said the UPR was not meant to shame any country on its human rights record, but was rather a mechanism to help countries identify the gaps in their systems.

“Countries are encouraged to develop National Action Plans based on recommendations received from the review. The UPR reporting is, therefore, an accountability mechanism,” she said.

She reminded countries about the importance of human rights to national and human development, describing it as the foundation for the achievement of the UN’s Sustainable Development Goals (SDGs).

The Attorney-General (A-G) and Minister of Justice, Mr Godfred Yeboah Dame, in a speech read on his behalf said the government was committed to the promotion of human rights and was constantly working to meet its UPR obligations.

He lauded CSOs and the media for constantly putting the spotlight on human rights issues and helping in the preparation of reports to be submitted to the HRC.