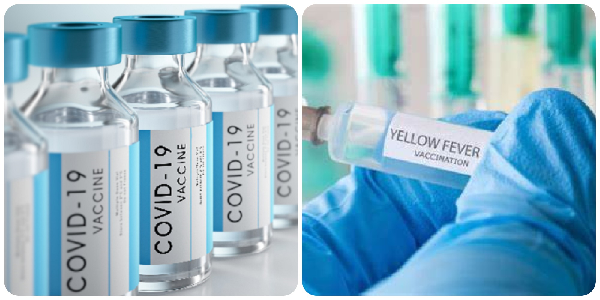 The Upper West Regional Director of Health Services, Dr Damien Punguyire, has appealed to the people in the region to avail themselves of the ongoing yellow fever vaccination exercise in the area for the sake of the health of the public.

He said although the exercise was aimed at protecting people from the high yellow fever prevalence and mortality rate in the region, residents had been largely hesitant, and called for a change of attitude towards the exercise.

He said so far, only 2,545 people — aged between six months and 60 years — out of the targeted population of 6,909 in the affected communities, representing 38 per cent, had availed themselves for vaccination as of Wednesday, November 17, 2021.

Dr Punguyire said yellow fever was on the upsurge in the Wa East District and Sissala West Municipality, resulting in five deaths so far.

The yellow in the name refers to the jaundice that affects some patients.

But Dr Punguyire said although the government had made available sufficient vaccines in various health facilities and other vaccination points, the public was indifferent to the health threat.

In the case of the COVID -19 pandemic, he noted that whereas the region had received a total of 201,980 doses of the three different types of vaccines, it had administered only 124,480 doses to a target population of 91,017 people, representing just 19 per cent, as of Wednesday, November 17, 2021.

He said only five per cent of the COVID-19 targeted population was fully vaccinated, describing the situation as “grossly inadequate which would not provide the needed immunity”.

Dr Punguyire reiterated that the vaccines were safe and free for everyone.

He said to help boost vaccine uptake in the region, the Ghana Health Service had intensified public education using all available channels and methods, including information vans, radio stations, churches, mosques, assembly members and traditional authorities to address the situation.

“The Food and Drugs Authority has given approval for the use of the Pfizer vaccines in children aged 15 and above in the country.

This Pfizer vaccines will be administered to our schoolchildren in that age bracket before they vacate for Christmas celebration,” he disclosed.