A lawyer and human rights activist, Mr Anthony Akoto Ampaw, says it has become imperative to include the teaching of human rights in the country’s educational curricula. He said inculcating the values and tenets of human rights at all levels of education would make people aware of their rights and make them respect the rights […] 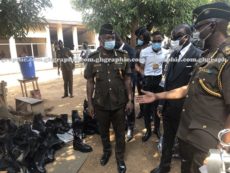 The Attorney-General (A-G) and Minister of Justice, Mr Godfred Yeboah Dame, will soon lay before Parliament two bills that will provide alternative sentencing other than imprisonment for accused persons and convicts. The two bills are the Plea Bargaining Bill and the Alternative Sentencing Bill. Plea bargaining is where an accused person makes some concessions, either […] 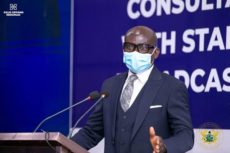 The Ghana Free Zones Authority (GFZA) and the Ministry of Trade and Industry are in the process of developing three separate industrial cities in the country to boost the government’s industrialisation agenda. Known as the Special Economic Zones Project, the industrial cities are being developed in the Ashanti, Western and Eastern regions to serve as […]