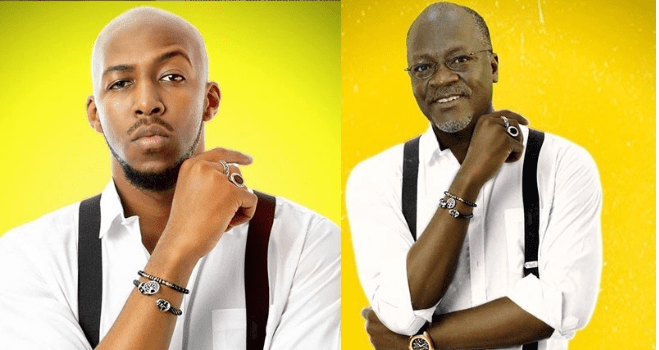 Tanzanian comedian Idris Sultan has appeared at a magistrate’s court this morning in the commercial capital, Dar es Salaam, eight days after he was arrested.

Sultan was expected to be charged with cybercrimes offences, tampering with evidence and using a Sim card registered in someone else’s name, a police spokesperson told the BBC on Monday.

But once in court, the charge sheet only mentioned the Sim card issue.

He was arrested on Tuesday last week, after a video of the comedian laughing at an old photograph of President John Magufuli wearing an oversized suit went viral on social media.

Police accused him of violating the Cybercrimes Act and bullying the president, according to his lawyer Bennedict Ishabakaki.

Many social media users have re-shared the video with the hashtag #FreeIdrisSultan and set his photo as their profile picture in a show of solidarity.

Last year, Sultan was held after sharing a face-swapped image of himself and the president.

His detention has served as the latest reminder of digital regulation laws that rights activists have described as harsh and infringing on freedom of expression.