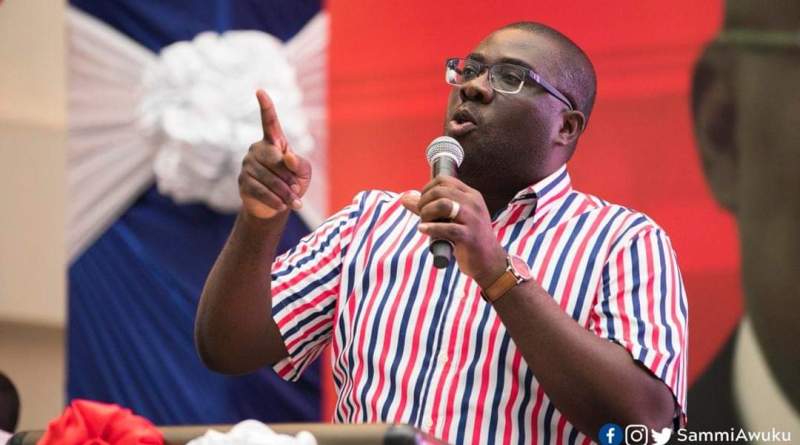 The National Organiser of the ruling New Patriotic Party (NPP), Mr. Sammi Awuku has hinted that the party is adopting innovative and creative ways of campaigning in the 2020 elections, following the outbreak of the COVID-19 Pandemic.

According to the NPP National Organiser, the exigencies of the time makes it imperative for political parties and candidates contesting the 2020 elections to adopt creative and effective ways of reaching the electorate and the generality of the Ghanaian people with their messages.

Speaking on Peace Fm’s Kokrokoo Morning show on Friday May 22, 2020, Mr. Awuku who doubles as the Board Chairman of the Youth Employment Agency said it has become clear that the traditional ways of campaigning and reaching out to the electorate through large political party rallies was not going to be possible in this year’s elections.

BestNewsGH.com reports Mr. Awuku as indicating that the retail campaign strategy will see the NPP and its candidates move from house to house to sell the party’s campaign message to the electorate in a one-on-one fashion.

According to him, the euphoria and frenzy that characterized previous election campaigns will be missed, particularly the bit where traders take advantage of the rallies to do business.

Mr. Awuku said ”We will miss the excitement that are accompanied with these elections. We miss it. We miss the large gatherings. We will miss that kind of feeling you get when you meet a brother or sister on the grounds…I’m sure, with all the political parties this year, we’ve been forced to readjust to the new normal and also observe these social and health protocols; and aside that, now, every strategist in a room is trying to find new and creative ways that you can still reach out to the masses of our people. We will miss the 2016 kind of campaign.’’

He continued that ”It is true that the NPP is not a fan of flamboyant campaigns and our President doesn’t even want a flamboyant campaign but that ‘feel good’ feeling where you meet a large gathering and people would take turns to make speeches will now diminish. Now, the real test of everyone’s strategy will be what the NPP introduced in 2016 that we called the retail campaign. It nearly looked like the NPP could predict or look into the future more that a time will come that, that will be the best way of campaigning. But retail campaigning is difficult than any form of campaign. Retail campaign is identifying the voter or electorate and visiting the electorate at where the person is. You call it door-to-door’’.