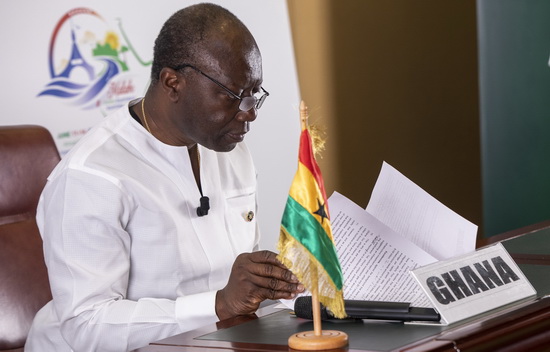 The three-month engagement, directed by the ministers of energy and finance, will involve direct discussions with each of Ghana’s Independent Power Producers (IPPs) and gas suppliers, among others.

At a meeting with stakeholders in Accra yesterday, the Minister of Finance, Ken Ofori-Atta, reminded the participants that a stable and growing economy was in the interest of businesses and investors.

The collaborative consultation process, which has been welcomed by the international investor community, is expected to “provide a forum for stakeholders to contribute to government’s energy strategy,” he said.

The Minister emphasised the importance of the sector and its private sector operators and investors to Ghana’s energy future.

“Fundamental to achieving a sustainable future and industrialisation is the all-important goal in having reliable and affordable power.

“This is how important your investment is to us, and that is why it is crucial for all of us to get this right, together,” he told the gathering.

Mr Ofori-Atta added that, “Moving Ghana beyond aid means government is committed to achieving security of electricity supply and sustainable generating capacity that offers reliable and affordable power for the Ghanaian people and businesses whilst providing investors with attractive opportunities.”

Meanwhile, government says it will release more details on the collaborative consultation process in the coming days.

During the presentation of the mid-year budget review, Mr Ofori-Atta warned that macroeconomic stability and the hard-earned economic gains made are at serious risk of being derailed if drastic steps are not taken to arrest reprehensible legacy issues in the energy sector.

The situation in the energy sector is shocking the economy and creating a state of emergency, he added.

To address the situation, he announced far-reaching measures to save the country from throwing away hundreds of millions of dollars.

Ghana is paying GH¢2.5 billion annually, the equivalent of over half a billion US dollars, for power generation capacity that is not needed.

The amount represents 60% of 2,300 megawatts (MW) of installed capacity of electricity contracted on a take-or-pay basis.

Only 40% of take-or-pay power is consumed

This is because only 40% of the contracted take-or-pay capacity is actually consumed.

Of the GH¢6.3 billion (GH¢6,370,355,925.82) supplementary estimates government is seeking approval for, about GH¢5 billion will go into the payment of energy sector debts.

Take-or-pay contracts to be converted to take-and-pay

To address the situation, Mr Ofori-Atta said government has decided to convert all take-or-pay contracts to take-and-pay contracts.

Accordingly, he said, starting August 1, 2019, government is to pay for energy and gas that we actually consume.

“All take-or-pay contracts will be renegotiated to convert to take-and-pay for both PPAs and Gas Supply Agreements (GSAs). Government will seek parliamentary ratification where appropriate,” he added.

According to the Energy Commission, the country currently has installed power generation capacity of 5083MW, dependable capacity of 4593MW and peak demand of around 2700MW. Therefore, installed capacity is almost double our peak demand.

Regarding gas, Mr Ofori-Atta said Ghana has contracted for around 750 million standard cubic feet of gas (mmscf) per day by 2023.

All things being equal, the Minister said there is projected oversupply of 200 to 300 mmscf per day by 2023.

Mr Ofori-Atta explained that about 640 mmscf of the contracted gas supply is on a take-or-pay basis, meaning Ghana has to pay whether the gas is consumed or not.

He stated that from 2020, the country would be facing annual excess gas capacity charges of between $550 and $850 million every year.

He added that, currently, for Sankofa Offshore Cape Three Points gas alone, Ghana pays over $51 million a month under a take-or-pay contract for 154 mmscf per day even though Ghana only actually takes 60 mmscf per day on average.

The total costs in the energy sector that government had to cover in 2018 amounted to $520 million (GH¢2.7 billion).

According to him, by end-June this year, government had made total payments of $604 million (GH¢3.14 billion).

The projected government payments in 2019 will be at least US$1 billion (GH¢5.2 billion).