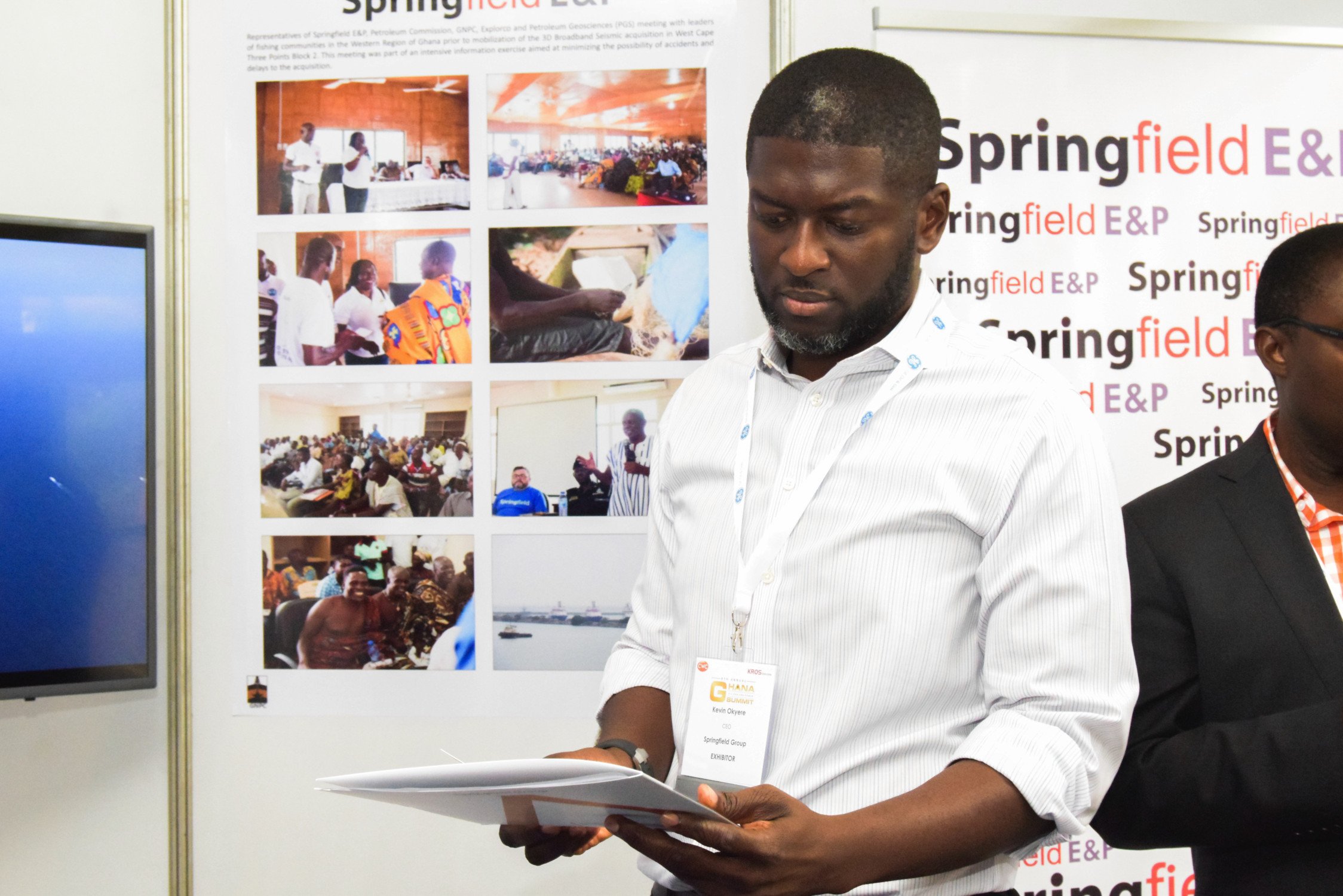 Springfield Exploration and Production Limited (SEP), a subsidiary of Springfield Group, will make history by becoming the first indigenous Ghanaian and African energy company to drill for hydrocarbons in deep water at depths of 4,000ft and beyond.

The company begins its first drilling campaign in 2019 and is on course to be the first independent Ghanaian operating company to drill in deep water and produce oil and gas in commercial quantities.

A statement from the company said Springfield would utilise the Stena Forth in late September for a drilling campaign on WCTP Block 2.

According to the company, the campaign would first target the Oak-1x well on trend with the Beech discovery made on the Deep Water Tano Cape Three Points block (DWT/CTP) to the south-west of WCTP Block 2.

The company said the next well, Afina-1x, will test the Cenomanian oil potential on a similar play fairway to discovered resources to the east of WCTP Block 2.

It said Springfield continues to work to firm up further drilling locations on the highly prospective WCTP Block 2.

Commenting on the historic development, Chief Executive Officer (CEO) of Springfield Group, Kevin Okyere, said: “This is a huge moment for Springfield Group and, I believe, for Ghana. Deep water drilling has never been carried about by an independent African energy company, and we are incredibly proud to be on the cusp of being the first to do so.

“Chalking this milestone brings us closer to our vision of making our communities the ultimate beneficiaries of the resources on the continent. We are committed to achieving this to make Ghana and Africa proud,” he added.

Chief Executive Officer (CEO) of Stena Drilling Ltd and Director of Stena Unicon, Erik Ronsberg said, “We’re absolutely delighted to have signed a contract with Springfield Exploration and Production Ltd and grateful for SEP’s confidence in our company.  We have worked in Ghana for several years now, building our Ghanaian crew complement on Stena Forth to over 50 per cent, so thrilled to be playing a part in Ghana’s exciting future together with an inspiring company like Springfield.”

The Stena Forth, one of the world’s most sophisticated drill ships and capable of operating in up to 10,000 feet of water and drilling to a depth of 35,000 feet, is currently under contract with Tullow Oil Plc in the South American country of Guyana and is expected to set sail to Ghana immediately upon completion of its task.

In April 2017, Springfield, which is a wholly-owned Ghanaian company, contracted the world’s largest seismic vessel, the Ramform Titan, owned by Petroleum Geo-Services (PGS), to undertake a 3-D seismic data acquisition on its block.

Springfield commenced operations in Ghana in 2008 and became one of the pioneer key players in Ghana’s downstream sector.

It obtained a licence in 2010 as a Bulk Oil Distribution Company (BDC) from Ghana’s National Petroleum Authority (NPA) for the procurement, sale and distribution of petroleum products to Oil Marketing Companies (OMC’s), refineries and neighbouring land-locked countries across West Africa.

Springfield is first independent Ghanaian company to lift from TEN

Springfield was also the first independent Ghanaian company to lift the Government of Ghana’s crude oil entitlement from the TEN field in 2016 and 2017.

Springfield ventured into the upstream sector to secure private Ghanaian involvement in upstream exploration and production opportunities in Ghana and the West African sub-region.

Springfield is currently the operator and majority interest holder (84%) of West Cape Three Points Block 2, with the Ghana National Petroleum Company and its exploration company, EXPLORCO, holding the remaining interest.