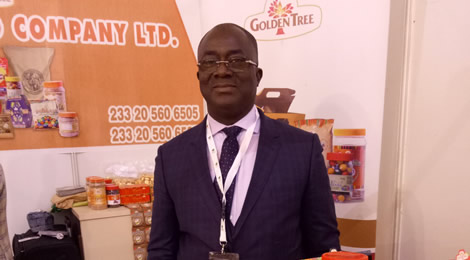 He, therefore, called for massive investment into the expansion of the processing capacity in the country, saying countries that have developed their chocolate industries are reaping substantial wealth.

Demand for the Ghanaian brand of chocolate high

According to him, the demand for the Ghanaian brand of chocolate on the international market is high; therefore, there is the need for Ghana to take advantage and generate huge amounts of revenue through the processing of all Ghanaian cocoa beans, instead of exporting them in their raw state.

More new products in the pipeline

Nana Boateng hinted that the launch constituted the first of many to be organised in the coming years as the company concluded work on other new products.

Therefore, he said, if CPC should operate at full capacity of 65,000 tonnes to produce chocolates products, it will make an annual revenue of $845 million.

Giving further details, the CPC MD explained that 100 grams chocolate, which is one carton, is sold at GH₵406.

According to him, the ex-factory price is GH₵255 whilst the tax on it amounts to GH₵156.

He stated that 100 cartons, which is equivalent to one tonne of chocolate, will generate GH₵25,500.

The tax to be generated from the $25.5 million amounts to $16 million.

However, the revenue to be generated from processing the 4,062 tonnes into chocolate and cocoa drinking powder will fetch $52 million.

In that regard, the MD stated that the CPC had the requisite human resource to expand its operations, and called on the investing public to support with funds to procure additional machines to augment the existing plant and machinery.

This, he said, will enable CPC increase downstream processing capacity and help reduce the volume of raw cocoa beans exported.

Giving examples, he mentioned Switzerland, which generates $14 billion revenue from chocolates while Belgium generates $12 billion from the commodity.

He cautioned that the continuous investments in the production of beans without commensurate downstream investments and promotion in finished goods will lead to the oversupply of beans, and thereby low prices on the international market.

To buttress his point, Nana Boateng stated that in the 2010-2011 cocoa season, 3.6 million tonnes of cocoa was produced in the world and cocoa price was $3,500 per tonne.

Launching the products, Minister of State at the Ministry of Agriculture, Dr Nurah Gyeile observed the need for Ghana to position herself to reap its share of the huge profits being made by the chocolate industry worldwide.

Dr Gyeile, who was speaking on behalf of the Minister of Agriculture, Dr Owusu Afriyie Akoto, said Ghana, as one of the leading suppliers of cocoa in the world, should also become a leading supplier of premium chocolate.

“To achieve this, it is important that we add value to meet existing consumer demands and attract new ones by developing strategies which would position the Goldentree brand as not just a desired dessert, but also as healthy option with its high premium cocoa content,” he stressed.

In appreciating the work of CPC in launching the product, the Minister said, “It is for this reason that I am encouraged by this launch, which introduces to the world quality chocolate, which is nourishing, healthy and attractively packaged.”

He promised government’s support to CPC to help the company resolve all its production challenges in order to generate the kind of wealth expected for the country.

The second – the Goldentree Heritage Artisanal Chocolate – is an assortment of handcrafted chocolate pieces in six flavours, with other varieties incorporated with cocoa nibs and peanuts.

The third – Goldentree Nuttychoc – is a groundnut-centred chocolate dragee which comes as an alternative to the Goldentree Pebbles, with white, milk and dark chocolate varieties.