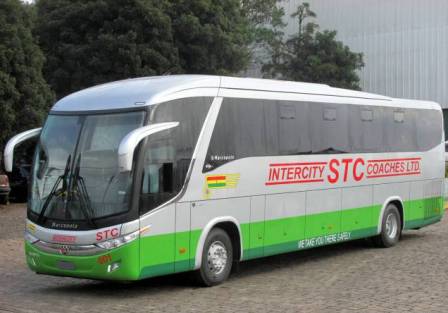 Passengers of the State Transport Company (STC) can now book and pay for tickets online using their mobile phones before they get to the bus terminal for boarding, Vice-President Dr. Mahamudu Bawumia, has said.

All the 34 STC bus terminals in and out of the country are integrated, he said, making it possible for passengers to book return tickets irrespective of the destination.

The online ticketing, which can be likened to the flight boarding system, also makes is possible for passengers to select their preferred seat.

The project, which is a partnership between STC and Nacasky Ghana Limited, will ensure that management of STC can monitor the company’s finances and know which routes are viable.

Passengers will no longer form a queue to book for tickets, as it can be done by a click of one’s mobile phone.

STC paid an amount of US$1million to government as the second tranche of payment for the 50 buses that were bought for the company in October 2016.

The Chief Executive Officer of STC, Nana Akomea, revealed that there are plans to establish stations at Kasoa, Pokuase, Ashaiman and all suburbs of Accra, to expand the local market in order to reduce passengers’ burden of moving far from their locations to the main STC yard when travelling to various destinations.

He said apart from the Asafo terminal in Kumasi, the company is on course to establishing sub-stations at Kejetia and Sofoline, and also in the Brong Ahafo, Northern, Upper-East and Upper-West Regions.

Nana Akomea said the company is in the process of securing 100 Daewoo customised coaches from China at a cost of US$17.5million, to increase its fleet of buses to 160.

He said from operating four buses daily on the Accra-Kumasi route, the STC now does more than 20 trips to Kumasi – its most profitable route in the country, since it moved its operations to Circle and Asafo, the most popular transport hubs in Accra and Kumasi respectively.