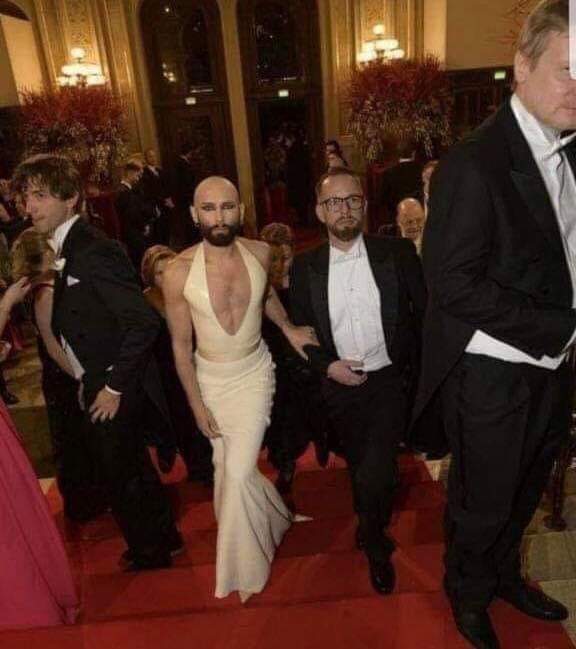 It has emerged that a picture  purported to be that of the Prime Minister of Luxembourg Xavier Bettel and his husband  Gauthier Destenay  in which Mr. Bettel allegedly wore a long dress was not really the couple.

That picture which got tongues wagging on social media locally and internationally is rather that of Conchita Wurst,  an Austrian singer, recording artist and drag queen.

Mr. Bettel is the first serving leader in the European Union to wed someone of the same sex after marrying his partner on Friday May 15, 2015.

Xavier Bettel and Belgian architect Gauthier Destenay were among the first men to marry under Luxembourg’s law on same-sex marriage, which came into force on January 1 2015.

The couple have been civil partners since 2010.

Born on March 3 1973, the 46 year old Prime Minister is a politician and lawyer, serving as the 22nd Prime Minister of Luxembourg since 4 December 2013 after succeeding Jean-Claude Juncker.

Belgian Prime Minister Charles Michel was one of the guests at the wedding of the couple and described Mr. Bettel as a friend.

Below is the actual picture of Mr. Bettel and his husband 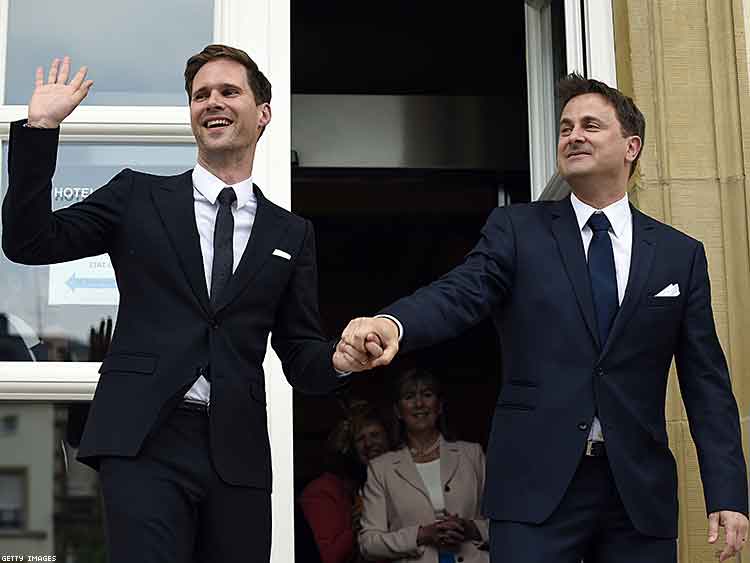 This website apologises unreservedly to Mr. Bettel and his husband for the picture mix up in the article.