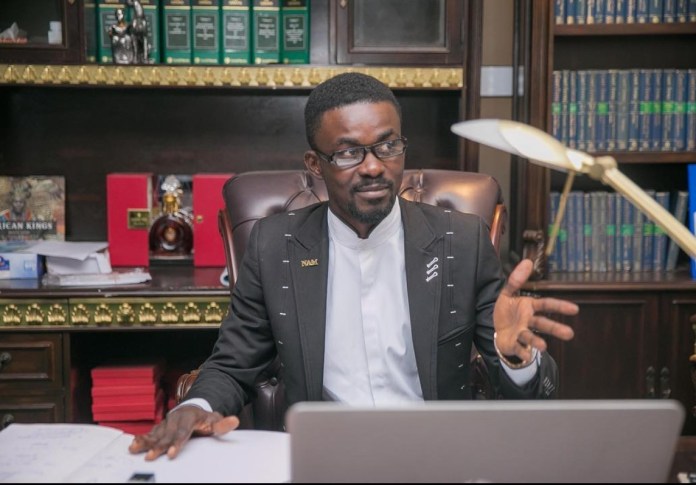 A State Prosecutor, Assistant Superintendent of Police (ASP) Sylvester Asare, yesterday pleaded with an Accra Circuit Court, presided over by Mrs Jane Harriet Akweley Quaye, for an extension of time to amend the charges against the embattled Chief Executive of the defunct Menzgold, Nana Appiah Mensah aka NAM1.

According to the Prosecutor, they need more time because they have made new discoveries that would help in the prosecution of the owner of the supposed gold dealership and investment firm. The Magistrate granted his request and adjourned the case to November 23, 2019.

NAM1is standing trial with his wife, Benedicta Appiah, and sister, Rose Tetteh, for defrauding customers to the tune of about GH¢1.68 billion.

Two companies of NAM1 – Brew Marketing Consult and Menzgold Ghana Limited – had each been charged with defrauding by false pretence, contrary to sections 20 (1) and 13 (1) of the Criminal Offences Act, 1960 (Act 29).

The two companies have also been charged with carrying out a deposit-taking business without licence, contrary to Section 6 (1) of Act 930.

Nevertheless, Benedicta Appiah and Rose Tetteh are facing charges of abetment to defraud by false pretence, and two counts of abetment to carry out banking business without licence, contrary to Section 6 (1) of Act 930.

In a related development, the Kaneshie District Court nearly committed a level 300 student (name withheld) at the Accra Technical University to one month in imprisonment with hard labour for stealing a mobile worth GH¢200.

The student pleaded guilty to the charge of stealing and pleaded with the court that he will not repeat it.

In the fact sheet read to the court yesterday, the student stole the mobile phone at Korle Gonno, and when he was caught, denied any knowledge. After a thorough, search the phone was found in the third pair of shorts he was wearing.

In his explanation to the court, the student told the Magistrate, Her Lady Eleanor Botwe, that he found the phone on a table at a shop where he went to run photocopies and thought it had no owner, and that was the reason he took it.

According to him, he was wearing only two shorts, so the phone was rather in the second short, but when the Magistrate quizzed him on why he took the phone and did not bother to ask for the owner, he could not give any satisfactory answer.

A lawyer in the court pleaded with the Magistrate to temper justice with mercy and give him lesser punishment in order not jeopardise his education.

The court subsequently asked the student to pay 80 penalty units, which amounts to GH¢1,500, but he pleaded that he could not afford to pay, which it later reduced it to 50 penalty units or GH¢600.