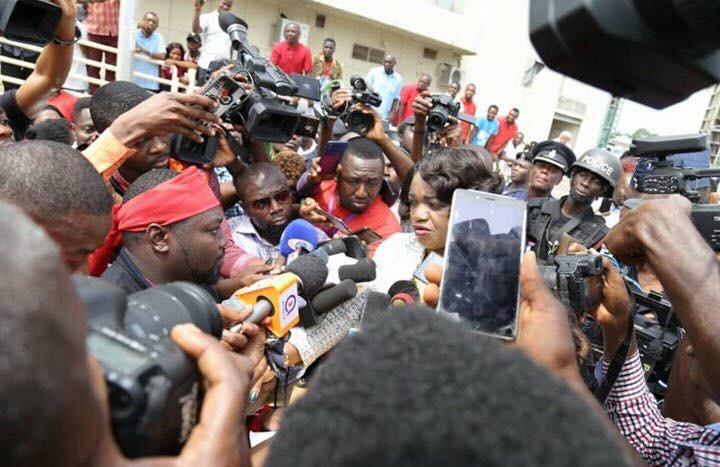 Staff of some radio stations closed down by the National Communications Authority (NCA), as well as some civil society groups, charged through the streets of Accra yesterday to protest the action of the frequency regulator.

They were dominated by staff of Radio Gold and Radio XYZ.

Chanting patriotic songs, with the national anthem given much prominence, the protesters demanded a quick U-turn from the government on its “stifling of media freedom”.

The protesters accused the government of using state bodies to stomp on freedom of the press.

What informed their allegations is that the NCA, regulators of radio frequency in Ghana, has withdrawn the licences of two pro-opposition radio stations: Radio Gold and Radio XYZ.

According to the NCA, the two stations have violated their licensure agreements.

The group marched to the NCA office and presented a petition to the authority demanding a reversal of its decision to shut down the stations.

Prince Minka said he would lead the group to more protest marches should the NCA fail to act within seven days.

A Deputy Director of the NCA, Olivia Quartey, who accepted the petition, promised to have their concerns forwarded for attention.