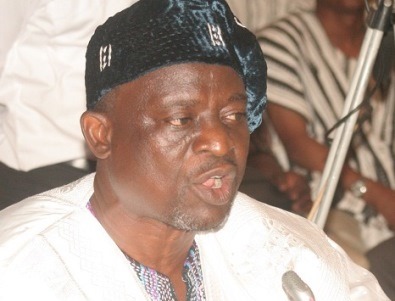 He has vowed that the NDC Minority will never apologise to the MP, re-echoing several times on live radio on Asempa Fm’s Eko Sii Sen programme that she is a ‘bloody widow’.

According to him, the NDC is not remorseful and never will be, adding that the MP is a beneficiary of blood spill which culminated in her win at the Ayawaso West Wuogon Constituency by-election.

He said Mama Lydia as the MP is popularly known should step down and resign as MP because the violence that took place during the by-election was in her favour.

‘’We as a Minority have the right to differ from the speaker and we differ with him on this one. We will never ever apologize and we will never recognize Lydia Seyram Alhassan as an MP. We will do everything within our power including staging walk outs anytime she rises to make a submission on the floor of the house’’ he added.

Mr. Fuseini said the NDC is totally against violence and that it will continue to push on with measures aimed at ensuring that the Ayawaso West Wuogon violence is investigated and those found culpable brought to book.