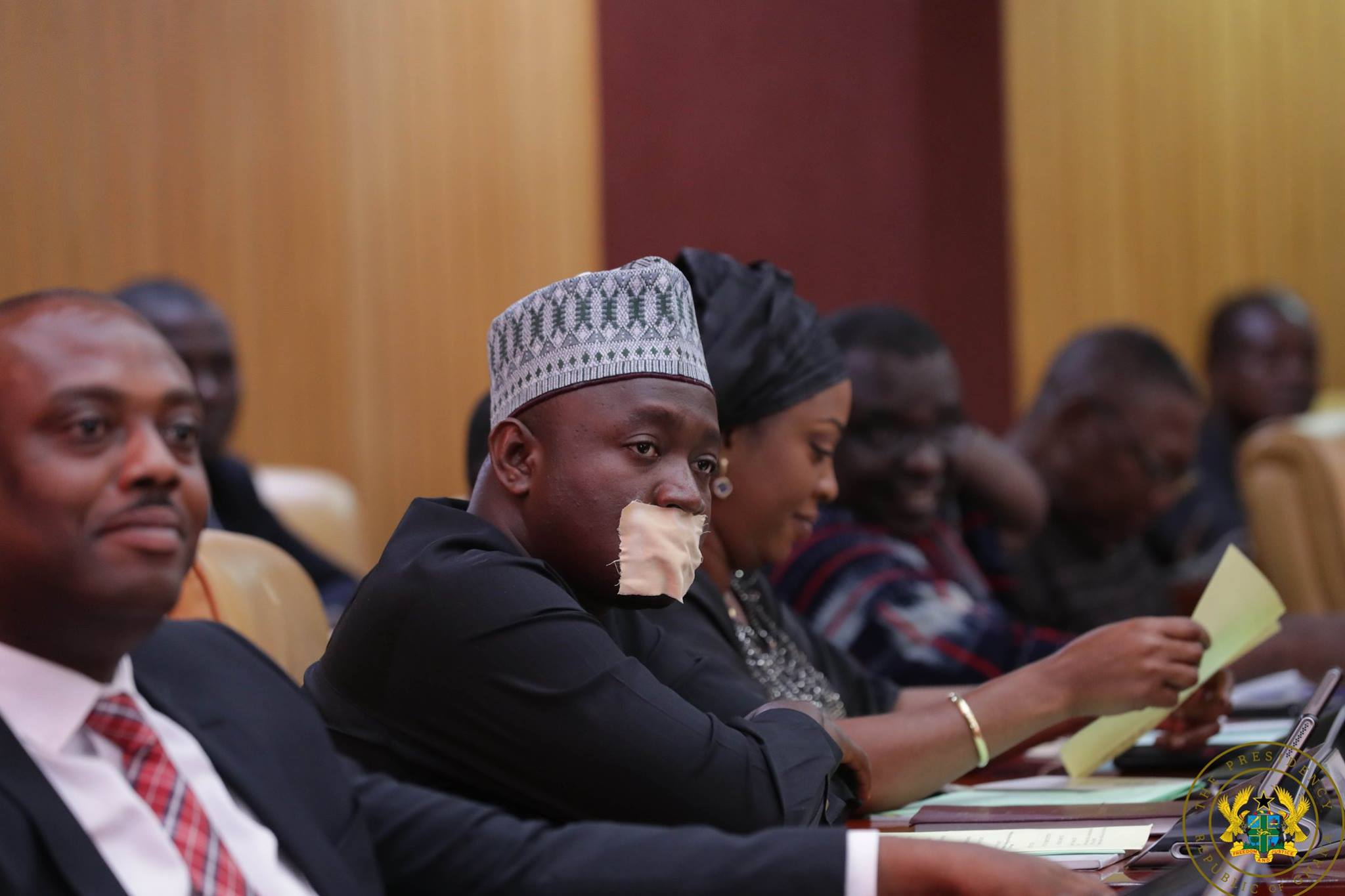 The opposition Member of Parliament for Tamale North, Mr Alhassan Suhuyini, was ordered to leave the floor of parliament on Wednesday, 6 February 2019 by First Deputy Speaker Joseph Osei-Owusu.

Accra100.5FM’s parliamentary correspondent, Richard Appiah Sarpong, who was in parliament when the incident happened, reported that Mr Alhassan Suhuyini was disrupting proceedings of the house after the Majority side had moved a motion demanding that the Minority apologise to the Member of Parliament for Ayawaso West Wuogon, Lydia Alhassan, for describing her as a “bloody widow” at her swearing-in ceremony on Tuesday, 5 February 2019 after winning the by-election which was riddled with violence.

Mr Alhassan Suhuyini left the house amidst disapproving shouts from the Minority side, Appiah Sarpong reported.

The Second Deputy Majority leader of parliament, Mr Matthew Nyindam, on Wednesday moved a motion on the floor of parliament asking the Minority to apologise to Ms Alhassan.

He backed his motion with Standing Order 93(2), which says that: “It shall be out of order to use offensive, abusive, insulting, blasphemous or unbecoming words or to impute improper motives to any member or to make allusion.”

The Minority MPs said they boycotted Ms Alhassan’s investiture because they did not want to give credence to her victory in the by-election on Thursday, 31 January 2019, which was characterised by violence.

Before staging the walkout, the Minority MPs brandished placards on the floor of the house, some of which read: “Bloody widow”.

But responding to the motion, the Deputy Minority Leader, James Averdzi Klutse said the messages on the placards were not words uttered nor made by any member.

He also said as of the time of that description, Ms Alhassan had not been sworn in, therefore, it was not covered under that standing order.