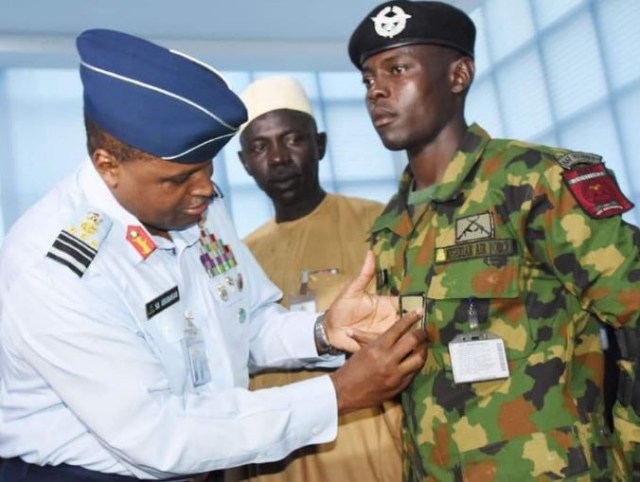 Bashir Umar, the Nigerian Air Force (NAF) personnel who returned a missing €37,000 to its owner has just been promoted by the Nigerian Chief of Air Staff.

According to President Buhari’s media aide, Bashir Ahmad, ‘Corp. Bashir has received double promotion and was decorated with a new rank of Corporal, a reward for his integrity.

Umar recently found 37,000 euros and returned it to the owner.