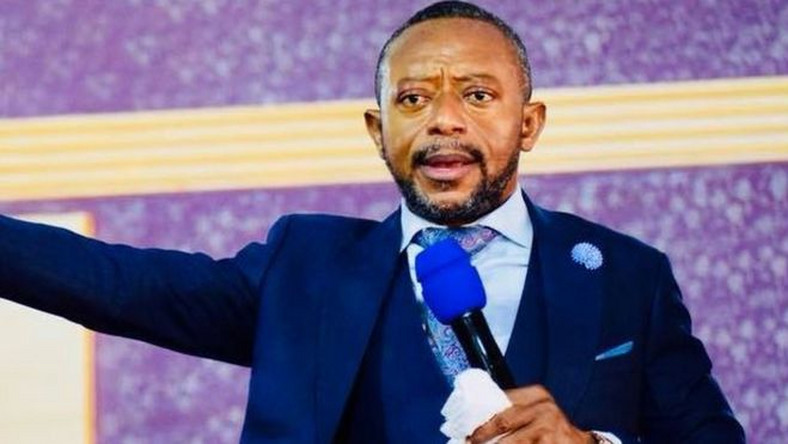 The Leader of the Glorious Word Power Ministry, Bishop Isaac Owusu Bempah says so far as he is alive, no one can take away the country’s Presidency from president Nana Addo Dankwa Akufo-Addo.

‘’I am telling you today that President Akufo-Addo will do his mandatory 8 years. In 2020 he will win and unless he himself decides to step down and say perhaps because of old age he is tired and so he will do only one year and hand over.  But for someone to say I am taking the seat away from him while by the grace of God I Owusu Bempah is alive and in Ghana, it can never happen, I am telling you the truth’’ he said.

On assertions that he is not God and cannot be sure of what he is saying, he said ‘’yes it is true that I am not God. But we all recall that Samuel was not God, Jeremiah was not God but he enthroned and dethroned kings. Moses was not God but God made him god. I am not God but I want someone who says he is well ‘’cooked’’ in spiritual matters and maybe some people have gone to him for power to come and take away the presidency from Akufo-Addo, that will never be possible in this country. I will never agree or allow that to happen’’ he added.

He said the 2020 victory of the ruling NPP has been confirmed to him by God and that nothing can overturn that verdict.

According to him, former president John Dramani Mahama should heed advice and drop out of the race as he has been cut out completely from the presidency of the country forever.

Speaking on Accra based Asempa Fm’s Eko Sii Sen programme Wednesday, February 27, 2019, Prophet Owusu Bempah said it has been revealed to him by God that the former president who won an emphatic victory at the opposition National Democratic Congress (NDC) presidential primaries to lead the party into the 2020 elections can never be the president of Ghana ever again.

Bishop Owusu Bempah who predicted a win for President Muhamadu Buhari in the just ended elections in Nigeria said the favour of God has left former president Mahama, rendering him unsuitable to be president of the country ever again.