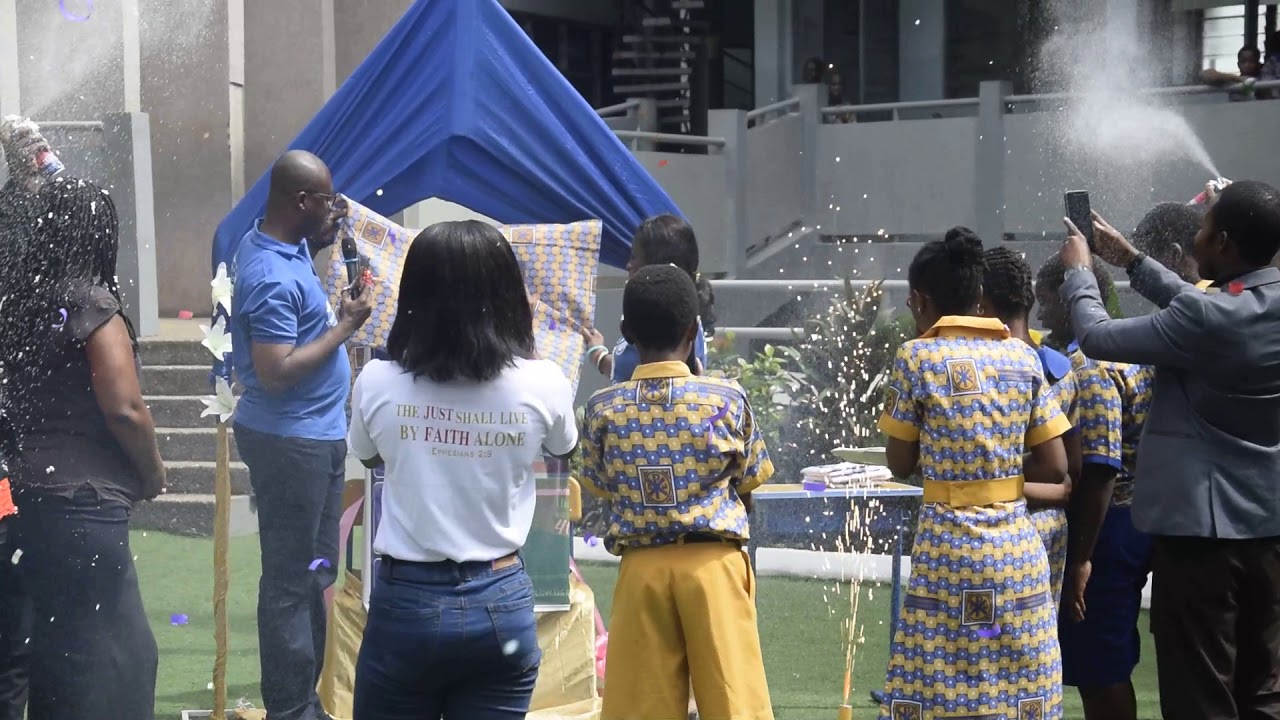 Businessman and philanthropist, Seidu Agongo has received a citation from the management of St. Paul’s Lutheran School for adopting and sponsoring 17 pupils there over the past few years.

The 17 pupils are among a total of 81 persons the businessman has adopted and catered for, over the last five years from basic through to the University level.

Realising that education was the only means by which he could help end the cycle of poverty in the families of poor pupils, Mr Agongo decided to move his own children from Al-Rayan International School, where he was spending about $5,000 on each child, to the St. Paul’s Lutheran School near the state-owned Ghana Broadcasting Corporation (GBC) in Accra, so that he could use the savings he made on his children’s school fees, to sponsor the 81 poor pupils up to the university level.

Presenting the citation to Mr Agongo at a PTA meeting on Wednesday, 27 February 2019, Mrs Fatimah Carol Yamusah, the Admissions Coordinator of St. Paul’s Lutheran School, expressed gratitude to the Muslim businessman for his care for the less-privileged in society and his many philanthropic works and encouraged him to continue his good deeds, especially his scholarship offers to help needy children get a good education and foundation in life.

Receiving the citation on behalf of Mr Agongo, one of his most senior employees, Mr Emmanuel Eyison, described his boss as a man full of compassion.

Mr Eyison disclosed that the 17 pupils Mr Agongo is sponsoring are not his relatives but needy children he randomly chose to help, as a result of his kindness.

Mr Eyison said: “It is a good thing for the school to acknowledge him” for his good works.

The citation read: “For your outstanding contribution towards the admission drive of St. Paul’s Lutheran School, it is with great pleasure that the management of the school would like to honour you for your exceptional initiative and tangible impact.

“You do this unobtrusively and efficiently without bringing attention to yourself. You certainly have set a fine example of reliability, dependability and commitment.

“You do not speak of the people you help or the crisis you have diffused in the lives you have touched. Your religion is no barrier to your compassion for all. You are a person who shows selfless dedication to others and believes in promoting academic excellence in the lives of every young person you have encountered. Mr Agongo is without question a most deserving recipient of this honour.”

Just January this year, Mr Agongo, who is the majority shareholder of the now-defunct Heritage Bank, gifted the Child Emergency Unit of the Korle-Bu Teaching Hospital, a brand new 30-bed block, which he built at a cost of GHS857,000.

The philanthropist started putting up the unit in 2017 and completed it in December 2018.

Alhaji Agongo was recently declared by the Governor of the Bank of Ghana, Dr Ernest Addison, as “not fit and proper” to own a bank in Ghana, since, according to the regulator, he was being prosecuted by the state in the GHS271 million Ghana Cocoa Board (COCOBOD) fertiliser scandal involving former COCOBOD CEO Dr Stephen Opuni.

Dr Addison also announced on 4 January 2019 at a press conference that the central bank had decided to revoke the licence of Heritage Bank, founded by Mr Agongo, on grounds of alleged criminality in the COCOBOD case, even though the matter was pending before the High Court.

Explaining his motivation for putting up the ultra-modern unit for the hospital, Mr Agongo said in an interview that: “I can’t stand watching innocent, helpless babies, toddlers and children go through so much suffering in the very fragile stages of their journey into this world. They didn’t ask to be brought into this world. We, as adults, brought them into this world without their consent, and, so, we must try and do everything possible to make sure their entry is without pain and suffering”.

He added that: “As somebody who came from a very poor family and tasted poverty and hardship at a very young age, I know how it feels for helpless children and babies to go through suffering and so much pain just because there aren’t enough facilities and space to cater for their health needs and well-being, thus, my decision to step in and help in the little way I could”.