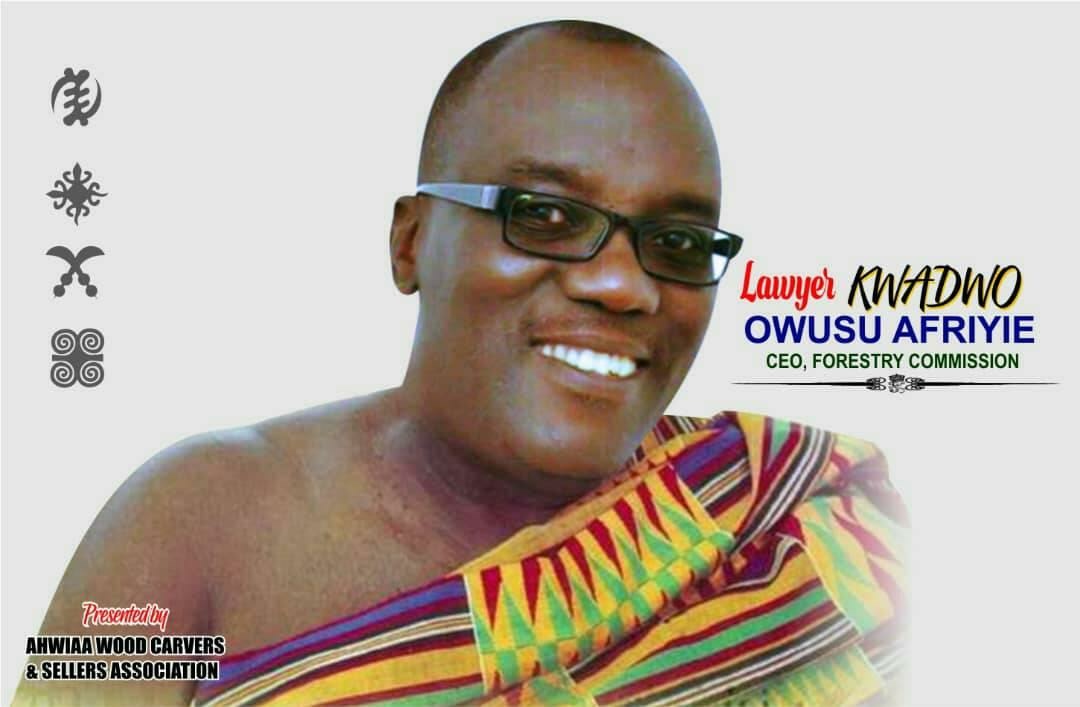 Chief Executive Office of the Forestry Commission, Kwadwo Owusu Afriyie (ESQ) will on the 30th of September 2018, receive a prestigious award from his kinsmen at Wonoo in the Ashanti Region.

The Ahwiaa Wood Carvers Association is impressed with his enormous contribution and performance in the area of tourism promotion and the overall development and welfare of the Kwabre East Municipality.

The Association describes Sir John as the Forestry Commission boss is affectionately called as a public spirited person whose generosity and magnanimity knows no bounds.

According to them, he has over the years silently contributed to the growth and development of the area and have proven to be a real son of the Wonoo area and its environs.

They believe the best they can do to show appreciation for the various kind deeds and projects he has initiated in the area is to give him a fitting award in recognition of his good deeds.

The event slated for Mampoteng will be graced by the Asantehene, Otumfuo Osei Tutu II, the Ashanti Regional Minister, Simon Osei Mensah, the Member of Parliament for the area, Francisca Oteng as well as the Municipal Chief Executive for the area, Nana Osei Bonsu Assibey among several other dignitaries.

The occasion will also be used to hold the grand durbar of the maiden edition of the Kwabre Anwenne3 Festival.