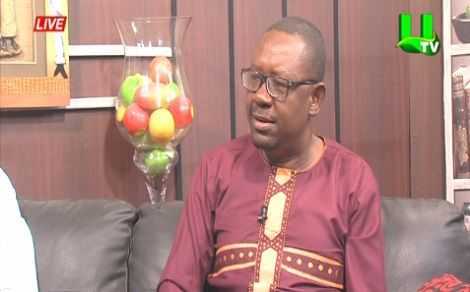 According to him, his pity for the Auditor-General stems from the fact that his efforts at weeding out corruption in the public sector by exposing such acts is being hampered by the current government which is bent on firing him.

Mr. Adjei Mensah who was contributing to a discussion on the recent turf war between the Auditor-General and his board members, particularly the Board chairman on Accra based Adom Television and monitored by BestNewsGH.com, said the current New Patriotic Party (NPP) administration under president Nana Addo Dankwa Akufu-Addo is not confortable working with the Auditor-General because of obvious reasons.

He said Mr. Domelovo who was appointed by former president John Dramani Mahama, did not spare the NDC when the party was in power, adding that he brought out issues of corruption under the regime but was not hounded as is the case with the NPP.

‘’I am afraid this man (Daniel Domelovo) will not complete his term in office because of the kind of vilification and persecution he is going through at the moment in the hands of this government. The government is aware he is about to expose their corrupt deeds and is doing everything possible to prevent that and the best way to prevent that is to fire him’’ he said.

In his opinion, there is so much political interference in the work of the Auditor-General, all aimed at hounding him out of office.

But his co-panelist on the programme, Dr. Henry Kwabena Kokofu who is the former NPP Member of Parliament for Bantama Constituency in the Ashanti Region disagreed with Mr. Adjei Mensah, denying that government was on a mission to vilify and dismiss the Auditor-General.

According to him, the Auditor-General is the architect of his own woes because he decided to seek public sympathy when the president had commissioned investigations into some allegations he leveled against the Board Chairman and members.

According to Dr. Kokofu, the Auditor-General instead of waiting for the outcome of the investigations, decided to run his mouth in public with the view to courting public sympathy.

He reiterated government and president Akufo-Addo’s determination to ensure a functional Ghana that is based on the rule of law, adding that government will not do anything that is not within the remits of the law.