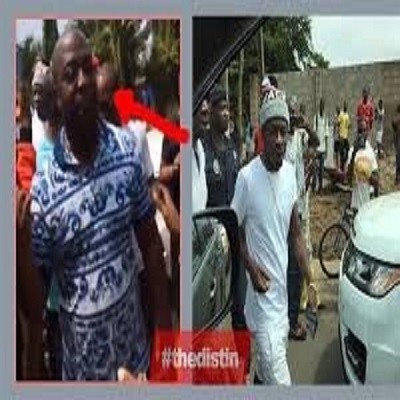 According to online reports sighted by YEN.com.gh, the accident happened on Monday, August 5, 2019, as Ghanaians enjoyed the Founders’ Day holiday.

But new information gathered by YEN.com.gh indicates the car was neither one of Shatta Wale’s nor was he the one driving.

While details are still sketchy, the owner of the Black Benz involved in the accident is Dr Kofi Amoa-Abban, the man who brought Shatta Wale and Stonebwoy together.

It is understood that no one got hurt in the accident though it was quite serious. Photos said to be from the accident scene have been circulating and they show the car visibly damaged. In one of the photos, Shatta Wale was spotted on the street with a crowd around after the accident.

While another photo showed the damaged car with a police officer and other people standing by it.